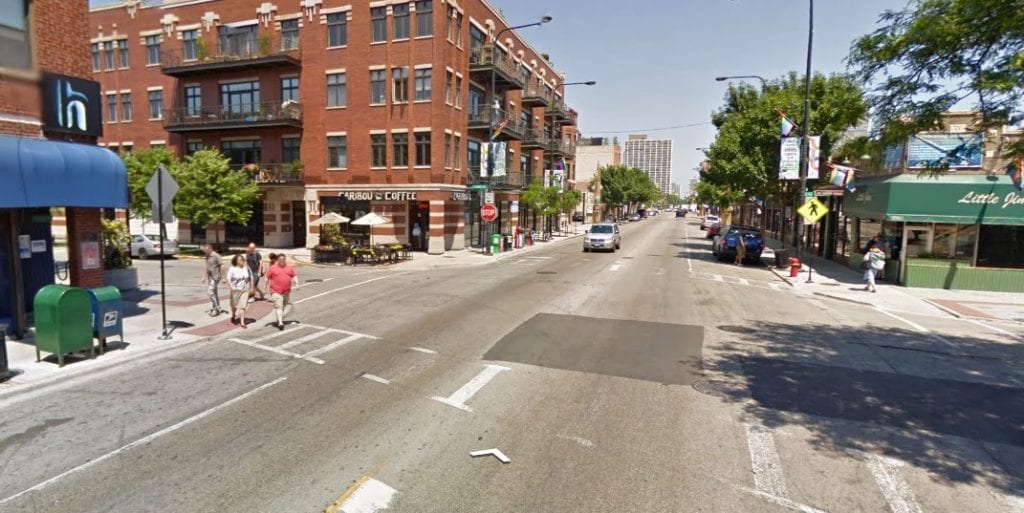 As 19th district police handled a couple of routine calls at Halsted and Cornelia this morning, a blue Chevy rolled up and an occupant told the officers that he had been shot.

The dramatic turn of events took place at 4:05 this morning near Halsted and Cornelia, where officers were working on a call of a person being punched in the face and another call of a patron refusing to leave Hydrate nightclub, 3458 N. Halsted.

The shooting victim was loaded into the officers’ squad car and transported to Illinois Masonic Medical Center.

The victim initially indicated that the shooting took place downtown near the intersection of I-290 and 90/94. Their vehicle is registered to a suburban car rental agency.

UPDATES
DNAInfo has the best of the early info.

The incident appears to be related to these early reports, which contain little info:
ABC7
Sun-Times
Chicago Tribune

Image: Google
About CWBChicago 4360 Articles
CWBChicago was created in 2013 by five residents of Wrigleyville and Boystown who had grown disheartened with inaccurate information that was being provided at local Community Policing (CAPS) meetings. Our coverage area has expanded since then to cover Lincoln Park, River North, The Loop, Uptown, and other North Side Areas. But our mission remains unchanged: To provide original public safety reporting with better context and greater detail than mainstream media outlets.
Website Facebook Twitter YouTube