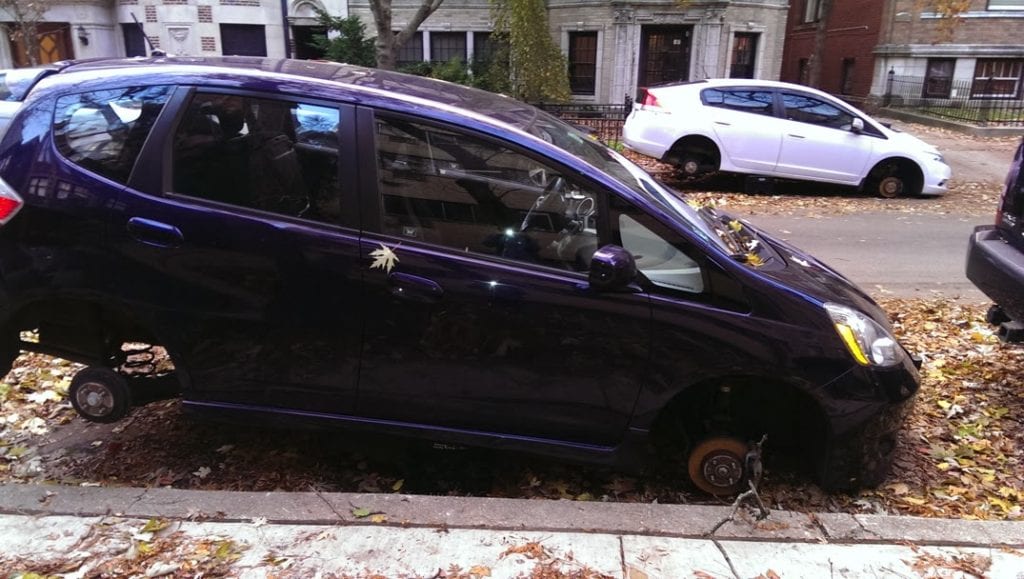 Heads up if you or someone you know owns a Honda Civic or Honda Fit.

A Lakeview resident reported on Reddit Monday night that they’ve seen three of these cars in “the past few weeks propped up on milk crates with all 4 wheels gone in the lakeview/ roscoe village area. I’ve also seen 2 people complain of these thefts on facebook.”

This morning, a reader emailed these two photos to us with the following note:

Hi a toyota prius and a honda fit had their 4 wheels/tires stolen sometime on November 17/18th…on 507 and 506 West Briar, Chicago, 60657. Called police and they said not enough police to look into this matter, but it has been happening for a while now…

If you look closely at that top picture, you’ll see that both cars are missing their wheels. Classy! 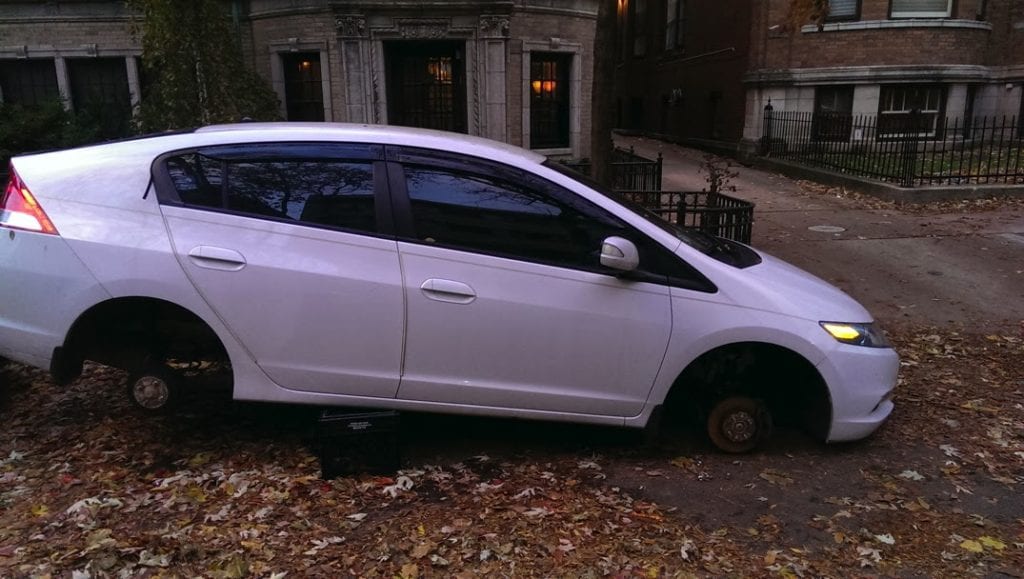 CWB can also confirm that a Lincoln Park resident reported seeing the wheels being stolen off of a Honda at 12:30 Monday morning in the 2700 block of North Mildred, near Halsted and Diversey. Police officers confirmed that the wheels were stolen.

Why? According to Arlington Now,

Images: CWB reader “NY”
About CWBChicago 4360 Articles
CWBChicago was created in 2013 by five residents of Wrigleyville and Boystown who had grown disheartened with inaccurate information that was being provided at local Community Policing (CAPS) meetings. Our coverage area has expanded since then to cover Lincoln Park, River North, The Loop, Uptown, and other North Side Areas. But our mission remains unchanged: To provide original public safety reporting with better context and greater detail than mainstream media outlets.
Website Facebook Twitter YouTube