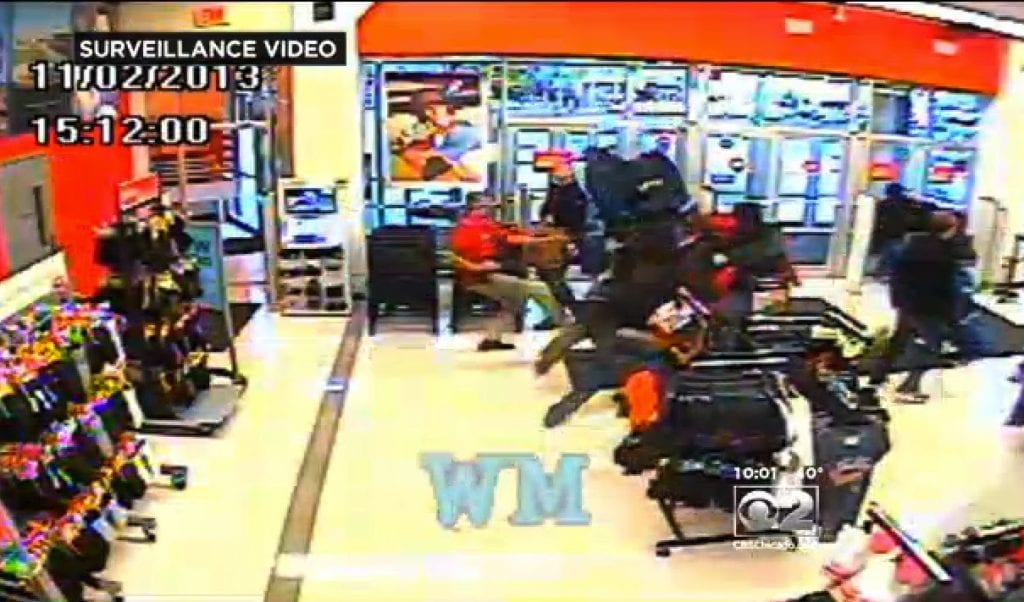 As CWB reported last week, a crew of shoplifters (okay, fine, a “flash mob”) hit the Sports Authority store at Clark and Barry on the afternoon of Saturday, November 2.  They made off with an estimated $2,000 worth of sports jackets.

Now, CBS2 Chicago has posted video of the heist, which shows an employee being nearly trampled in a stampede of thieves.

Three Sports Authority stores have been hit in similar fashion this week, according to the CBS2 report. The Clark Street incident was the first incident in the string of thefts.
About CWBChicago 4360 Articles
CWBChicago was created in 2013 by five residents of Wrigleyville and Boystown who had grown disheartened with inaccurate information that was being provided at local Community Policing (CAPS) meetings. Our coverage area has expanded since then to cover Lincoln Park, River North, The Loop, Uptown, and other North Side Areas. But our mission remains unchanged: To provide original public safety reporting with better context and greater detail than mainstream media outlets.
Website Facebook Twitter YouTube