Two area residents were attacked within one hour Sunday night, possibly by the same robbery crew. The offenders remain at large.

1300 Block of Waveland — 10:40PM
Two offenders jumped out of a white 4-door car and asked the victim for money as he walked down the street. Suddenly, at least one of the robbers began punching their victim repeatedly in 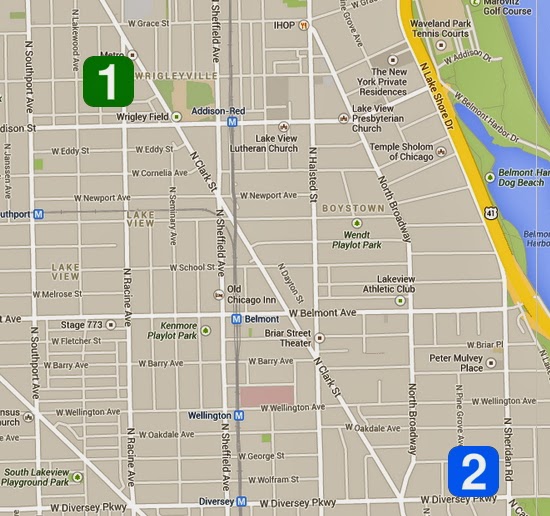 the face. The victim was able to keep his senses, break away, and run to a safe location to call police. He declined medical attention.

The attackers are described as male, black, aged 18 to 20, wearing all black clothing.

Diversey and Pine Grove — 11:30PM
One attacker jumped from a small white vehicle, possibly a Toyota, physically attacked a woman and took her purse.

The offender, described as male, black, in his 20’s, 5’11” tall, 160 pounds, wearing a black hoodie and a black beanie hat, drove away southbound on Pine Grove toward Diversey.