• At 10:33 Saturday night, a woman calls 911 after an unknown man “slammed her girlfriend’s head into a windshield” in the 3700 block of Pine Grove. The offender flees the scene in a blue Prius. 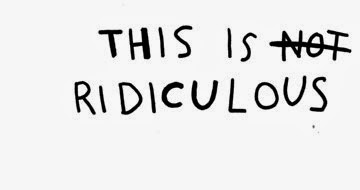 • Twenty minutes later, a woman in the 3500 block of N. Wilton reports that an intoxicated man has broken her nose and thrown her belongings all over the place. Officers drive the woman to Illinois Masonic Medical Center. The incident is not classified as a domestic incident. Rather, CPD case #HW527618 is logged as a simple battery.

• Then, 10 minutes after THAT call, three men—two reportedly white, one reportedly black—are fighting at the corner of Clark and Aldine. Officers arrive quickly and request an ambulance for one of the men who has been downed.

Police were called to the Center on Halsted, 3656 N. Halsted, to handle an assault at 4:21 Sunday afternoon. According to the caller, a man who attacked him a month ago was back on the premises and was threatening him again. Officers arrested the alleged offender. Logged as simple assault in CPD case #HW528379.

Image: Molly’s Blog
About CWBChicago 4360 Articles
CWBChicago was created in 2013 by five residents of Wrigleyville and Boystown who had grown disheartened with inaccurate information that was being provided at local Community Policing (CAPS) meetings. Our coverage area has expanded since then to cover Lincoln Park, River North, The Loop, Uptown, and other North Side Areas. But our mission remains unchanged: To provide original public safety reporting with better context and greater detail than mainstream media outlets.
Website Facebook Twitter YouTube