It’s been an interesting few days around Diversey and Clark/Broadway. 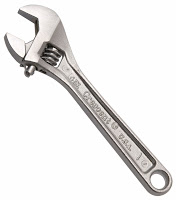 First, there were two robberies within a block of each other on Pine Grove. Now there’s this.

Two carjackers whacked a Wicker Park man in the face with a wrench at Clark and Wrightwood shortly after 11PM last night, then sped off in the victim’s tan Ford Taurus.

The offenders, described only as male and black, fled southbound on Clark.

An ambulance crew treated the victim’s injuries and an officer gave him a ride home. But the story gets better.

The victim’s car has already been found. Officers in the 11th district pulled the Taurus over and took its two occupants into custody at Madison and Kenton in the Austin neighborhood overnight.

A man called 911 from Addison and Racine early Sunday morning to report that his girlfriend had been sexually assaulted by a cabbie who drove her home.

A second caller indicated that a battery had taken place.

Initial reports indicate that the cabbie is accused of driving the victim into an alley where he assaulted her.

The victim was treated at Illinois Masonic Medical Center.

This incident was recorded as a non-aggravated criminal sexual assault in CPD case HW545991.