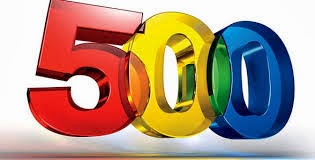 It is not clear if that is 500 officers in addition to the already-scheduled hiring that would keep up with next year’s expected attrition or if it is a grand total of 500 officers. Semantics, you know.

The devil is always in the details, especially when politicians, police, and numbers are involved.

Taken at face value, though, we are very pleased to see Alderman Tunney stepping up to the plate with an influential group of his fellow aldermen.

We hope to learn more about the plan and see our police force grow rather than continue to shrink.

Most important to our neighborhood, though, is getting replacements for the 100+ officers that we have lost since 2012. There’s another long, hot summer coming and it will be a disaster without replenishment.

We’re going to pretend that this proposal isn’t DOA and simply a way for the sponsors to gain political cover.

Image: Inc.com
About CWBChicago 4360 Articles
CWBChicago was created in 2013 by five residents of Wrigleyville and Boystown who had grown disheartened with inaccurate information that was being provided at local Community Policing (CAPS) meetings. Our coverage area has expanded since then to cover Lincoln Park, River North, The Loop, Uptown, and other North Side Areas. But our mission remains unchanged: To provide original public safety reporting with better context and greater detail than mainstream media outlets.
Website Facebook Twitter YouTube