Damn, we’ve got some good street cops around here. It’s always impressive to see what they can do when there are enough of them available to handle calls appropriately. We’d like to share this story from last night. 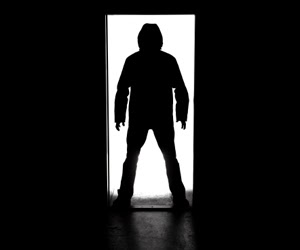 A Lincoln Park mother’s nightmare came true overnight when she was awakened by the sound of three intruders barging through the family’s front door as she and her children slept.

Her 911 call came in at 2:50 this morning, sending 19th district officers racing to the 1400 block of Altgeld, near DePaul’s campus.

As police rocketed to the scene, more details emerged. The woman could hear that the intruders had made it through her front door and they were on the first floor. Her children were asleep and she was hiding in a second-floor bathroom.

Then came the sounds of someone pounding on her second-floor bedroom door.

Within seconds, officers announced that they were inside the home and three intruders were in custody.

The mom and kids are safe. Brilliant work, officers!

Recorded as a burglary/forcible entry in CPD case #HW526565.

Image: Cinekatz
About CWBChicago 4360 Articles
CWBChicago was created in 2013 by five residents of Wrigleyville and Boystown who had grown disheartened with inaccurate information that was being provided at local Community Policing (CAPS) meetings. Our coverage area has expanded since then to cover Lincoln Park, River North, The Loop, Uptown, and other North Side Areas. But our mission remains unchanged: To provide original public safety reporting with better context and greater detail than mainstream media outlets.
Website Facebook Twitter YouTube