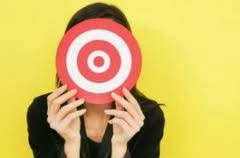 Forget that junk about cold weather being a deterrent against crime. At least three robberies have been reported in the neighborhood since yesterday afternoon.

Disturbingly, yet another woman was jumped and robbed by two offenders who fled the scene in a light-colored vehicle yesterday evening. The details of the attack closely resemble a series of recent robberies that CWB began reporting on last week.

At 8:50PM yesterday, a witness reported hearing a woman screaming near Halsted and Oakdale, just south of Illinois Masonic Medical Center. Within seconds, the witness saw two men jump into a silver or gray 4-door car and flee westbound in the alley toward Sheffield.

The victim personally called for help about a minute later.

The offenders are described as black men. One of them had short dreads and was very skinny.

This rash of incidents has played out in the area between Fullerton and Belmont, Broadway and Sheffield.

Last night’s mugging is the second at Halsted and Oakdale in days. At 5:50 last Thursday morning, a woman was pushed to the ground and robbed near that intersection as she made her way to yoga class. CWB reported then that, “the offenders grabbed the woman, forced her to the ground, then took her brown Coach purse and iPhone 5. The offenders fled on foot and are believed to have met up with a get-away vehicle.”

Yet ANOTHER robbery went down at 12:30 this morning near Briar Street and Orchard, one block east of Halsted.

A man who lives in the area was robbed by two men who threatened him with a black handgun.

The offenders are described as two young black men. One has facial hair, the other does not. After robbing the victim, the offenders jumped into a 1990s light brown or tan Toyota Corolla and sped northbound on Orchard toward Belmont.

Logged as an armed robbery with a handgun in CPD case HW582435.