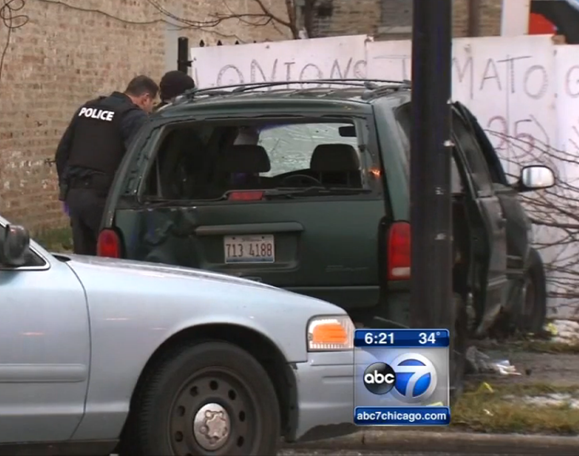 CWB can now confirm that a green minivan that crashed during a police pursuit on  the South Side Saturday afternoon, killing an 11-year-old boy who was ejected from a vehicle, was stolen Friday morning at the BP service station on Irving Park at Broadway.

CWB reported on the carjacking immediately after it went down Friday. (Story HERE)

We withheld the vehicle’s license plate number, as is our general practice, but are able to confirm that the plate shown on the green van in news footage matches that of the vehicle stolen Friday.

Contrary to some news reports, there was no indication during yesterday’s carjacking that a weapon was implied or displayed. The offender did possess or claim to possess a gun during a second carjacking as he fled the scene of the fatal crash on Saturday, reports say.