A man was robbed at gunpoint on his front porch at Reta and Cornelia, a block south of the 19th district police station, at 3:45 this morning. 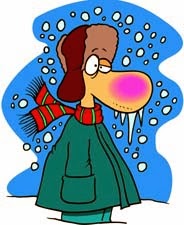 The victim then waited for over an hour as his call was reassigned twice and the third unit got ensnared in a disturbance that they thought may have been related.

After waiting an hour, and calling 911 at least one more time, the victim decided to walk to the police station.

According to the initial 911 call, the victim was robbed of a phone and money by two offenders. They are both described as black men, one of whom wore a white cap and black leather jacket.

The exact location of the robbery is not yet clear.

The victim’s call was assigned to a unit at 3:52AM, then re-assigned a couple of minutes later, then re-re-assigned at 3:59AM.

On the way to the victim’s location, the re-re-assigned unit encountered a disturbance at the Circle K/Shell gas station that they though may have been related to the robbery. The individuals in that incident were sent on their way shortly after 5AM.

At 5:07AM, the robbery victim walked into the police station to file a report.

These are the things that happen when officers do their best, but there aren’t enough of them to properly handle calls. Crimes do not muster proper police responses. Suspects who are not searched for remain free to strike again. And these two will strike again.

Another man was robbed on the same block of Reta Tuesday night, although not at gunpoint.

Image: Web Weaver
About CWBChicago 4360 Articles
CWBChicago was created in 2013 by five residents of Wrigleyville and Boystown who had grown disheartened with inaccurate information that was being provided at local Community Policing (CAPS) meetings. Our coverage area has expanded since then to cover Lincoln Park, River North, The Loop, Uptown, and other North Side Areas. But our mission remains unchanged: To provide original public safety reporting with better context and greater detail than mainstream media outlets.
Website Facebook Twitter YouTube