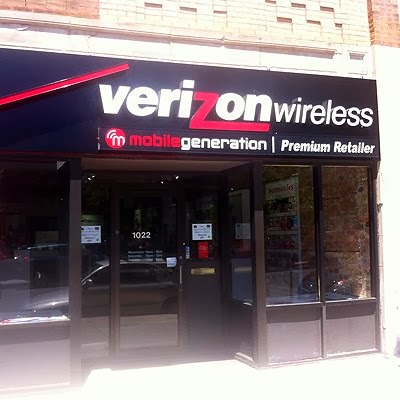 Officers arrived shortly before 4AM, but initial indications are that the burglars did not access the interior.

Virgin Mobile in the 2500 block of Clark in Lincoln Park was struck by an overnight burglary crew that pried open its back door on October 23.

Round Two?
About 15 minutes after the Verizon break-in attempt, police were dispatched to a burglary in progress at Luxury Eyesight, 3808 N. Clark.

Officers found the back door pried open. The thieves are believed to have taken the store’s computer.

Lighter Side
Monday, December 2, 11:02AM: Police were dispatched to the scene of an assault that had reportedly just occurred in the 700 block of Waveland. The “victim” reported that her male neighbor threatened to put his foot up her butt.

Image: Yelp
About CWBChicago 4360 Articles
CWBChicago was created in 2013 by five residents of Wrigleyville and Boystown who had grown disheartened with inaccurate information that was being provided at local Community Policing (CAPS) meetings. Our coverage area has expanded since then to cover Lincoln Park, River North, The Loop, Uptown, and other North Side Areas. But our mission remains unchanged: To provide original public safety reporting with better context and greater detail than mainstream media outlets.
Website Facebook Twitter YouTube