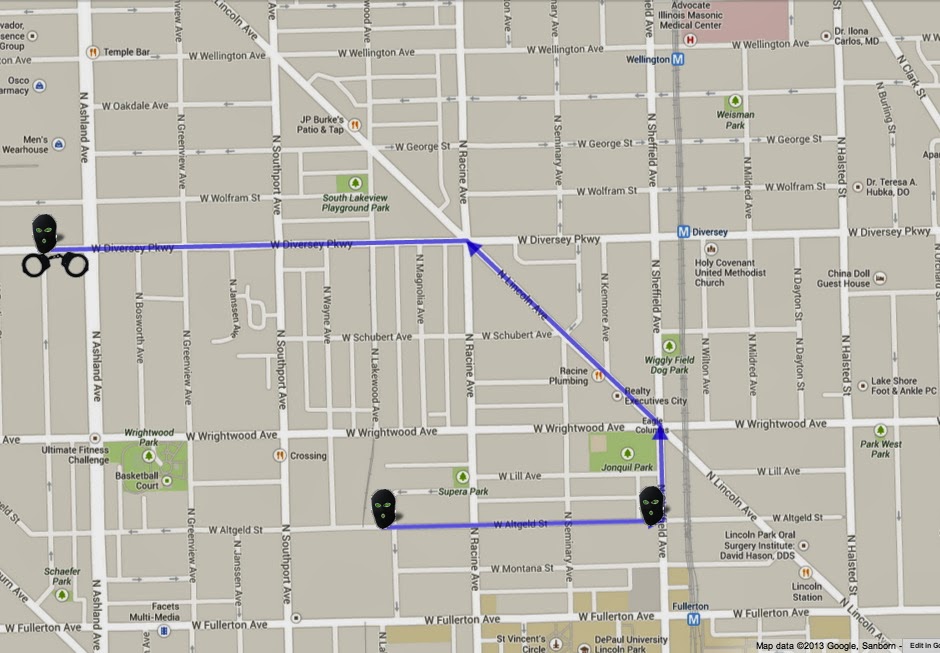 A bike-riding, knife-wielding punk who attempted several robberies in nearby Lincoln Park overnight, pushed his luck a little too far.

Just before midnight, an anonymous caller told 911 that a man on a bike was riding around the 1300 block of Altgeld, trying to rob people with a knife. Officers were unable to find anyone to talk to about the matter.

At 12:22AM, police were called to the intersection of Sheffield and Altgeld near DePaul University by a man who said a guy on a bike just tried to rob him at knifepoint. The offender, described as a male Hispanic with a white and black handkerchief covering his face, pedaled away on a dark bicycle. CPD case #HW577536.

Then, at 12:37AM, the biker’s spree came to a very quick end near Diversey and Marshfield when he unwisely chose to stick up another victim at knifepoint and quickly found himself tackled by an off-duty police officer. CPD case #HW577555  The offender was taken into custody and he has been positively identified by the earlier robbery victim.

UPDATE 8:34AM: The Chicago Tribune has picked up part of the story HERE.