A frightening west Lakeview robbery ended with a brilliant arrest nearly two miles away thanks to another outstanding performance by 19th district police officers this morning. 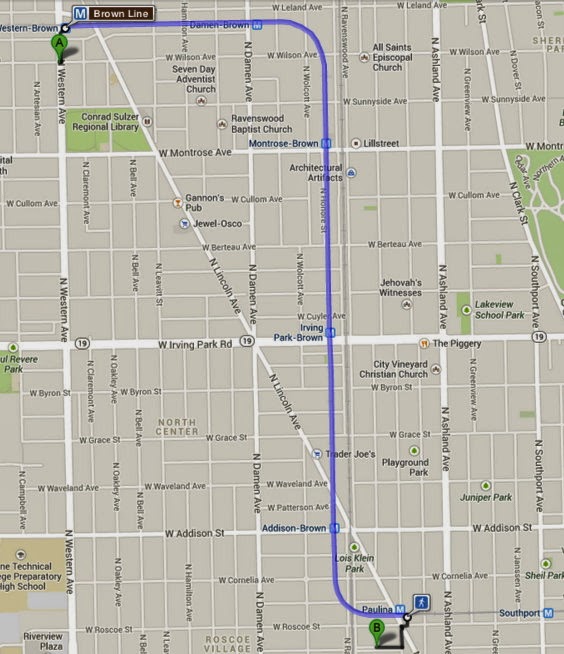 The frightening events began to unfold shortly before midnight when a lone attacker followed the female victim from the Paulina Brown Line station to her home in the 1700 block of West Henderson.

As the woman entered her home, the offender grabbed her by the neck, pushed her down, and took her rainbow-sticker covered Macbook and iPhone 5.

Police began hunting for the offender and quickly determined that he had returned to the Paulina Brown Line. Officers found a witness at Paulina who said a man matching the offender’s description—and carrying a Macbook—had asked when the next train to Western Avenue would be passing through.

Within minutes, officers stopped a suspect at Western and Wilson Avenue in the Lincoln Square neighborhood who just happened to be carrying a Macbook with distinctive rainbow stickers on the outside. He was returned to the scene of the attack where the victim positively identified him and her property.

Robbery charges are pending against the attacker who was described as male, black, “young looking,” 5’8″ tall, and wearing a white parka.