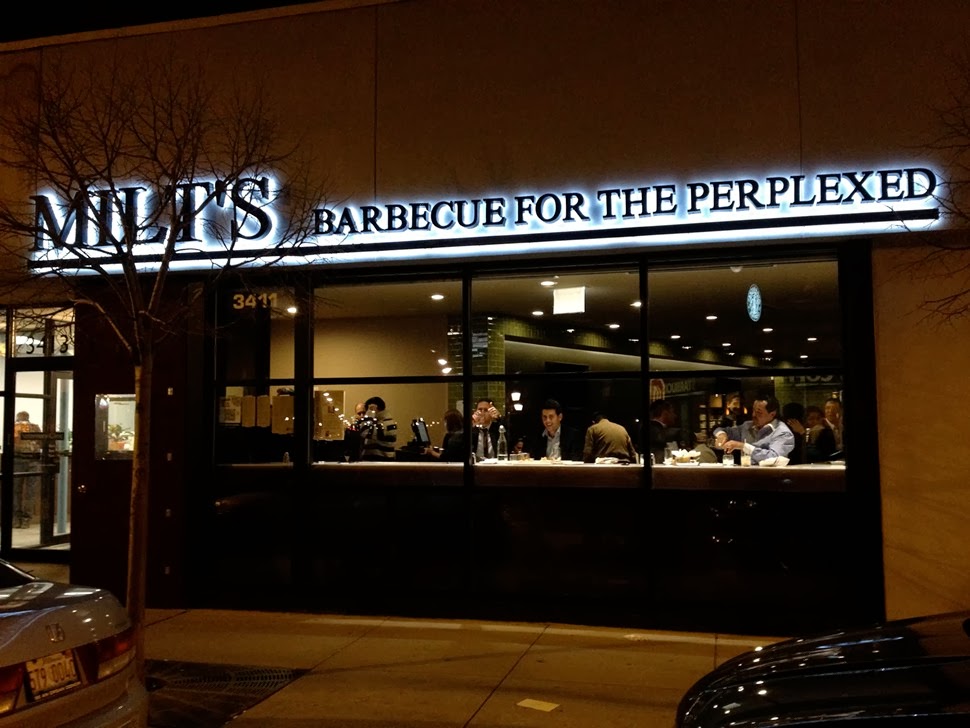 Milt’s BBQ For The Perplexed, a popular kosher restaurant at Broadway and Roscoe in Boystown, reported being robbed at gunpoint after service hours Monday night by a lone robber who had a tattoo under his left eye.

An employee told police that the gunman ran out the back door around 10:45PM with three cash drawers containing a total of $948.

Milt’s closes at 10PM on Mondays, according to its website.

The offender is described as male, black, 27 to 32 years of age, 5’10” tall, 175 pounds, with a medium complexion. He had a tattoo under his left eye, wore a black hoodie, and covered the lower part of his face with a black mask. He was armed with a black semi-automatic handgun, according to the victim.

Perplexingly, Milt’s back door opens to a rather restricted escape route as there are no city alleys on that block. Getting to and getting away from Milt’s back door takes a certain amount of planning or special knowledge according to one nearby resident.

A possible route of egress was found when officers discovered an open gate behind a building in the 500 block of Roscoe.

A police department source has informed CWB that there were “issues” with some of the restaurant’s surveillance cameras.

This case is logged as a robbery with a handgun in CPD case #HW565115.

Image: Chicago Reader
About CWBChicago 4363 Articles
CWBChicago was created in 2013 by five residents of Wrigleyville and Boystown who had grown disheartened with inaccurate information that was being provided at local Community Policing (CAPS) meetings. Our coverage area has expanded since then to cover Lincoln Park, River North, The Loop, Uptown, and other North Side Areas. But our mission remains unchanged: To provide original public safety reporting with better context and greater detail than mainstream media outlets.
Website Facebook Twitter YouTube