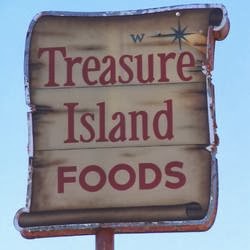 A man is being treated at Illinois Masonic Medical Center after he sustained serious injuries in an attack outside of the Treasure Island grocery store, 3460 N. Broadway, at 3:05 this afternoon.

The offender, described as male, black, 23-24 years old, 5’9″ tall, and very thin, was last seen running westbound on Cornelia toward Halsted Street. He was wearing a reddish-orange sweatshirt and tan pants. He may have had a brown box of candy.

Initial reports indicated that the man had been robbed in the grocery store parking lot, however the incident is currently classified as an aggravated battery with a dangerous weapon in CPD case #HW588007.

UPDATE FEBRUARY 16, 2014: Updated information and further details of this case are available HERE.