At least 3 people reported being robbed in the area overnight, with two of the reports coming in from the Belmont Red Line station. It appears that at least one of the incidents has not been formalized with a police report. 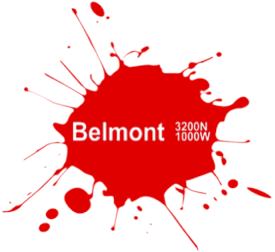 #1 – 2:53AM Saturday, December 14
CTA personnel called 911 to report that they were with a female robbery victim at the Belmont Red Line station, 954 W. Belmont. According to the CTA employee, the woman was beaten up and robbed of her iPhone on an inbound train. CWB has been unable to find a police report that documents this matter as of December 20, 2013.

#2 – 3:47AM Saturday, December 14
Police were dispatched to a Dunkin’ Donuts with a location of Addison and Clark.

The 911 caller stated that she had been punched in the face by a Hispanic man who stole her purse and then fled in a gray truck. The victim then reported “ran into the Dunkin’ Donuts.”

Officers had an understandably difficult time locating a DD at that location since one does not yet exist there. It is not clear if officers checked the Dunkin’ Donuts at Belmont and Clark.

CWB has been unable to find a police report that documents this matter as of December 20, 2013.

#3 – 3:57AM Saturday, December 14
Just ten minutes after incident #2 and a a block away from Belmont and Clark, a man reported that he was punched in the face and robbed of his iPhone at the Belmont Red Line station.

CTA personnel dialed 911 for the victim who said that a black male, 5’8″ tall, wearing a black jacket and jeans fled from the station after the robbery.

Police made contact with this victim and recorded the event as a strong arm robbery in CPD case #HW570268.