We’re getting close to the end of the year and we caught some tidbits on the news about how much crime is “down” in Chicago this year. 15% or something? Reeeemarkable.

How does our neighborhood stack up? Here’s a quick look. All stats come from the city’s Data Portal and reflect annual totals as of November 20th of each year. 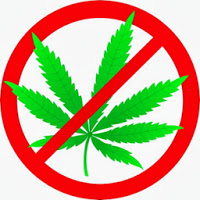 Amazing. The battle to curb marijuana use costs state and federal governments $20 billion a year according to one economist, but the 19th district has managed to slash pot cases by nearly 50%. What IS our secret?

It’s enough to make one worry about the future of the neighborhood’s seemingly vibrant head shop industry.

Other district-wide and local drops came in the categories of theft and burglary. Possibly because all of the reformed potheads were able to get off the couch and get real jobs instead of stealing from the rest of us.

Wrigleyville and Boystown has bucked the “down” movement in two serious crime categories. Robberies and criminal sexual assaults have climbed on the neighborhoods’ police beats of 1923, 1924, and 1925.

Robberies are on pace to hit a record high for the third consecutive year.

One other number is “down” this year. That’s the number of police officers who are assigned to our district.

That’s a 22% reduction in officers. Now, police executives would like for you to believe that having 22% fewer police officers available to file police reports does not artificially reduce the level of reported crime.

They are the same executives who would like you to believe that common thieves and pot smokers have left our neighborhood in droves while street robbers and the thankfully sparse rapists come here more often.

Side Note
Our favorite police executive charade lately is the CPD’s boast that Chicago is pacing to have fewer homicides this year than any year since 1965.

That sure does sound good. Although, the city also has 835,000 fewer people living in it this year compared to 1965. Soooo, that means the murder rate is actually worse than in 1965.

But pay no attention to that. Please.

There’s one other very important factor that police executives fail to acknowledge when making their homicide comparison to 1965. That is the unimaginable advances in emergency medicine that we enjoy today compared to 48 years ago.

How many people who were shot in Chicago this year would have died if they had to be treated with the medical knowledge and technology of 1965? Bunches, according to the Wall Street Journal.

Ambulance Image: Old-Ambulance.com
About CWBChicago 4360 Articles
CWBChicago was created in 2013 by five residents of Wrigleyville and Boystown who had grown disheartened with inaccurate information that was being provided at local Community Policing (CAPS) meetings. Our coverage area has expanded since then to cover Lincoln Park, River North, The Loop, Uptown, and other North Side Areas. But our mission remains unchanged: To provide original public safety reporting with better context and greater detail than mainstream media outlets.
Website Facebook Twitter YouTube