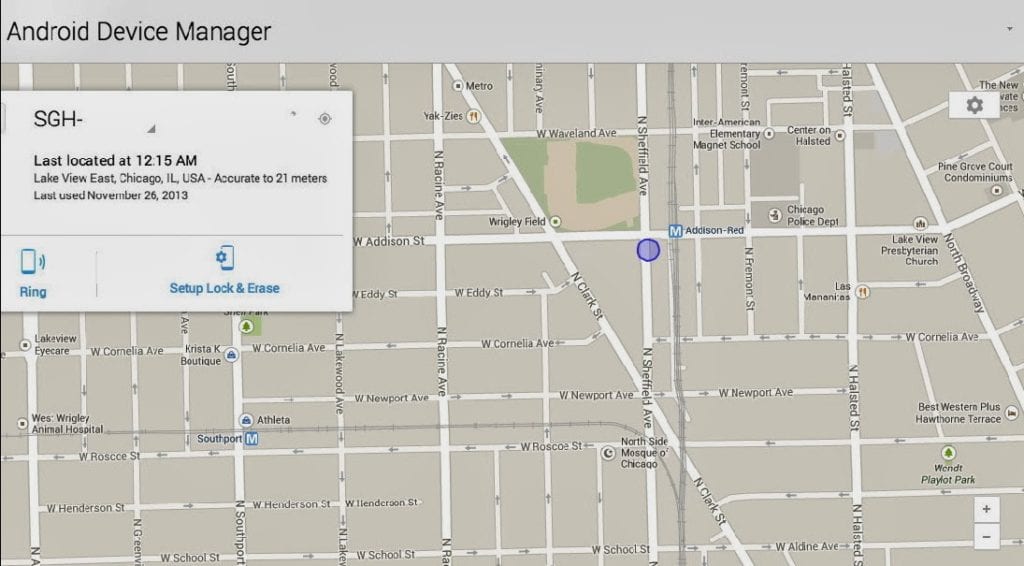 Maybe we’re just out of the loop, but this was a new one for us.

We learned this weekend that Google offers a web-based phone location service for any Android device that is logged into a Google account.

We’ve tested the site repeatedly and have found it to be highly accurate, as you’d expect from Google.

In addition to tracking your phone’s location, the Google site allows you to force your phone to ring at max volume for five minutes (Yay! It’s in the couch cushions!) as well as lock and wipe your phone remotely.

There are plenty of apps that do these things and much more. But we’ve bookmarked the Android Device Page because it doesn’t require us to remember additional passwords or text secret codes to do the basics.