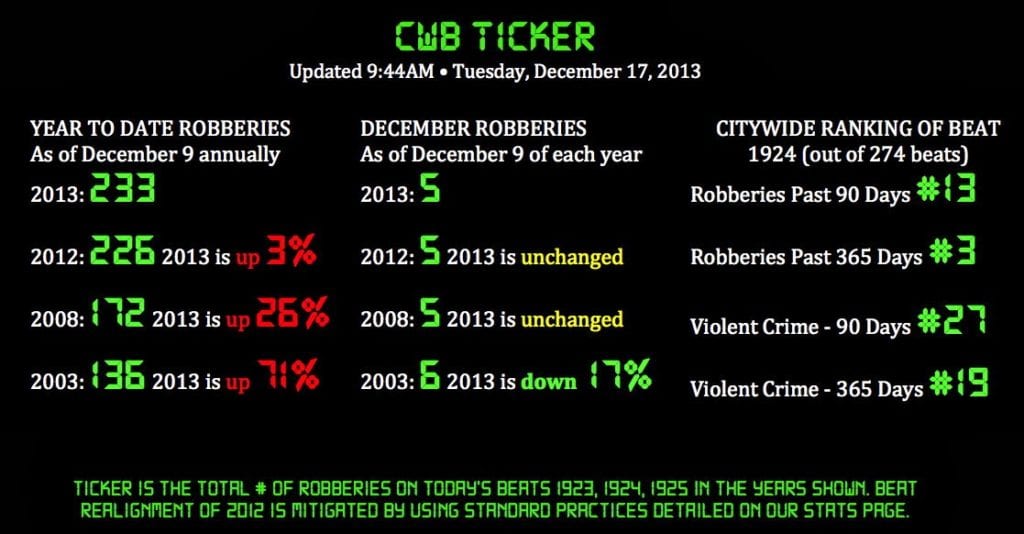 We’re going for the gold medal!

With last Monday night’s robbery of Milt’s BBQ For The Perplexed, Wrigleyville and Boystown has tied 2012’s record for worst annual robbery total in the neighborhood this century.

There have already been other reported robberies since Milt’s, but the city quarantines crime data for a week and there won’t be an “official” new record set until we see how those events have been recorded.

For now, here’s the info regarding robberies in our neighborhood that the city has released since the last CWB Ticker update. Our original reports of incidents are linked via the case numbers, when available.