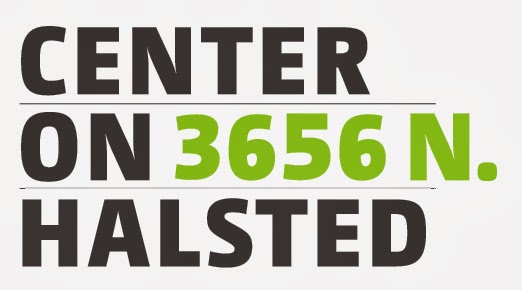 To be clear, CWB does not and has never blamed COH or any service organization for “all of the crime” in our neighborhood.

Our position is that these service organizations play a very important role in our neighborhood, but they need to become better neighbors who actively assist the police to root out bad elements.

Unfortunately, their position is that they don’t have bad elements. As the Inside-Booster story points out,

Tom Elliot, spokesperson for the CoH told ABC7 news [in August] that, “…I can confidently say the individuals that are committing crimes in the area are not coming here for our services.”

At a community meeting two weeks ago, Maura McCauley, the city’s director of Homeless Prevention, Policy, and Planning, said, “We have no concrete evidence that social services bring crime to the community.”

Those are simply untenable positions. A small portion of people who come here on the premise of seeking aid are committing crimes in the area. Just like a small portion who go to most establishments do. The problem is in the agencies’ denials.

The Inside-Booster lays out the numbers:

Zuley points out a very important reason to get a handle on crime in the Halsted-Waveland-Addison area.

Some of neighborhood service agencies believe that when bad things happen on their premises, they are better equipped to handle the problem internally than the police department. We beg to differ.

The Documents
CWB has received copies of official records that support Zuley’s story.

Some of the documents, such as a 38-page list of police responses to the COH are a little technical. We are working on a reader-friendly summary of those reports.

We have also received 61 pages of Chicago Police Department reports that document many serious crimes that have occurred at COH. We will begin sharing some of those with you today.

The police reports reveal alleged gang affiliations of reported offenders. They also show that the Center staff has assisted with the detention of some offenders. Presumably, the COH spokesman did not receive word of his co-workers’ activities.

Inside-Booster‘s newspapers have been covering Lakeview news at the community level for 108 years. Most of their reports, including Zuley’s story about COH, are not available online. Copies can be found in local retailers. For example, the Barry Regent cleaners at Wellington and Broadway had a stack earlier this week.

Image: Center on Halsted
About CWBChicago 4360 Articles
CWBChicago was created in 2013 by five residents of Wrigleyville and Boystown who had grown disheartened with inaccurate information that was being provided at local Community Policing (CAPS) meetings. Our coverage area has expanded since then to cover Lincoln Park, River North, The Loop, Uptown, and other North Side Areas. But our mission remains unchanged: To provide original public safety reporting with better context and greater detail than mainstream media outlets.
Website Facebook Twitter YouTube