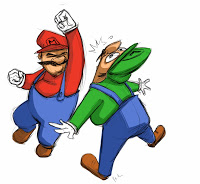 The Wrigleyville police manpower sponge sucked up the district’s resources as usual overnight. One offender with a gun escaped capture:

1:14AM—One arrest for stealing from the bar at Deuces and The Diamond Club, 3505 N Clark.

1:55AM—An off-duty officer reports a battery in progress at the intersection of Eddy and Seminary streets. One person is seen retrieving something from a silver Ford SUV.

Officers determine that a group of four men and women “jumped” another group on the street. Two females are arrested, the other offenders escape toward Clark Street.

One of the men who got away is armed with a handgun.

Two victims who “got beat pretty good” are treated by an ambulance crew.

Image: New Grounds
About CWBChicago 4363 Articles
CWBChicago was created in 2013 by five residents of Wrigleyville and Boystown who had grown disheartened with inaccurate information that was being provided at local Community Policing (CAPS) meetings. Our coverage area has expanded since then to cover Lincoln Park, River North, The Loop, Uptown, and other North Side Areas. But our mission remains unchanged: To provide original public safety reporting with better context and greater detail than mainstream media outlets.
Website Facebook Twitter YouTube