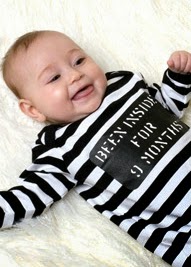 A group of six to eight rug rats stole an Edgewater resident’s phone at the Addison L station around 11:45 last night. The group members were reportedly between 14 and 17 years old.

The teen who took the phone was detained by witnesses but he managed to throw the phone downstairs to an accomplice who ran off with the rest of the youths.

The detained thief was arrested, processed, and has been returned to his Logan Square home.

Witnesses were able to provide detailed descriptions of two additional members of the group:
1) male, black, 5’8″ tall, “lots of dreads,” wearing a beanie over his face and a red hoodie. He is the one who caught the victim’s phone.
2) male, black, wearing a green hoodie with the number 32 on it.

The case is recorded as a strong arm robbery in CPD case HX112297.

Then, there’s this…
A pothole at Oakley and Irving Park is so big, it set off a car’s airbag last night, according to a 19th district sergeant.
———————
CWB is now on Facebook. Come “Like” us.
———————
About CWBChicago 4360 Articles
CWBChicago was created in 2013 by five residents of Wrigleyville and Boystown who had grown disheartened with inaccurate information that was being provided at local Community Policing (CAPS) meetings. Our coverage area has expanded since then to cover Lincoln Park, River North, The Loop, Uptown, and other North Side Areas. But our mission remains unchanged: To provide original public safety reporting with better context and greater detail than mainstream media outlets.
Website Facebook Twitter YouTube