Some upcoming meetings and such:
Friday, January 10
The Chicago Police Department is tentatively scheduled to post a new round of transfer opportunities for police officers, according to a CWB comment author.
Our district lost 8 officers during a round of transfers last month—8 positions in the district were posted and filled by new transfers while 14 officers transferred out of the district and 2 officers were promoted out. The 19th district has lost 25% of its manpower since March 2012.
Monday, January 13
The Southeast Lakeview Neighbors community group meets at Second Unitarian Church, 656 W. Barry, at 7 p.m. 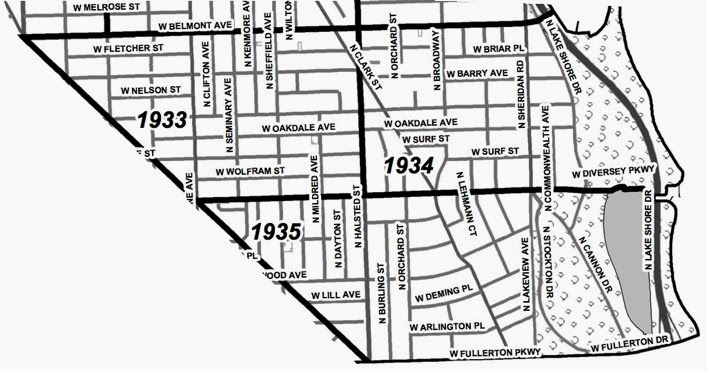 Tuesday, January 14
CAPS meeting for police beat 1933. 7 p.m. at Illinois Masonic Medical Center, 836 W. Wellington. The reception desk and signs will direct you to the meeting room. Beat 1933 is the area between Belmont, Diversey, Lincoln, and Halsted.
Thursday, January 16
CAPS meeting for police beats 1934 and 1935. 7 p.m. at the Inn at Lincoln Park, 601 W. Diversey.
———————
CWB is now on Facebook. Come “Like” us.
———————
About CWBChicago 4360 Articles
CWBChicago was created in 2013 by five residents of Wrigleyville and Boystown who had grown disheartened with inaccurate information that was being provided at local Community Policing (CAPS) meetings. Our coverage area has expanded since then to cover Lincoln Park, River North, The Loop, Uptown, and other North Side Areas. But our mission remains unchanged: To provide original public safety reporting with better context and greater detail than mainstream media outlets.
Website Facebook Twitter YouTube