EDITORS’ NOTE, FEBRUARY 1, 2014: Below we joke that maybe someone would put out a press release to brag about the lower crime rate experienced during our 33-inch thick snow-covered, sub-zero temperature-filled January. We should’ve known that the CPD actually WOULD brag about lower January crime.

Living through the third-snowiest month in Chicago history hasn’t been pleasant in many ways. 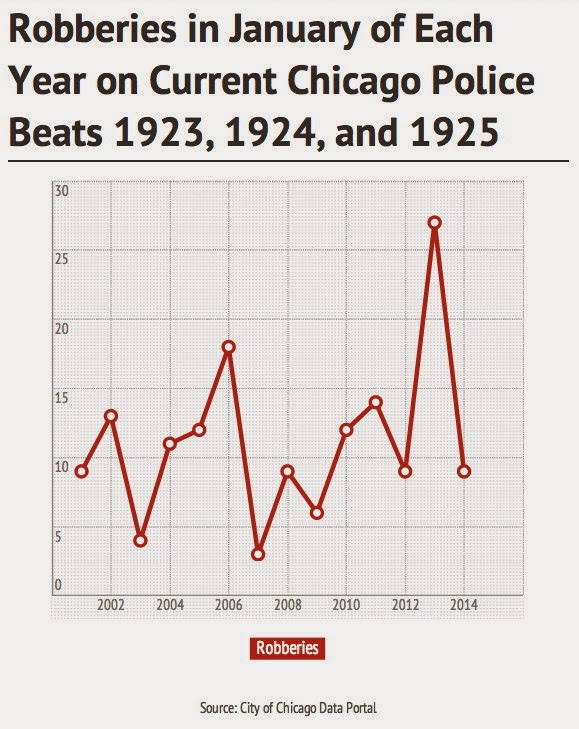 At least one good thing has come out of it, though. This month’s frequently brutal cold temperatures and its 33.5 inches of snow have helped lower this month’s robbery rate by—brace yourself, ladies and gentlemen—67% compared to last January.
Can we get a press release already, please?
The police beats that cover Wrigleyville and Boystown—1923, 1924, and 1925—suffered through a willowing 27 robberies in January 2013, by far the most of any January this millennium. As of midnight today, CWB estimates that there have been only nine robberies reported in the area this year.
Excluding last year’s bumper crop of muggings, the neighborhood has averaged 10 robberies per month in Januaries since 2001.

As always, our standard note regarding CWB’s measurement of robberies in police beats 1923, 1924, and 1925 applies.

The city formed our current police district by merging two smaller districts in March 2012. The police department redrew the district’s police beats at the same time. Police beats are divided down the center lines of major streets and it is impossible to know which side of the streets crimes took place on using public data. In order to maintain a constant comparison, our post-merger statistics include robberies that have occurred on both sides of the current border streets during all years, so there will be minor variances from “official” city records. The border streets of the area are Irving Park, Southport, and Belmont.
———————
CWB is now on Facebook. Come “Like” us.
———————
About CWBChicago 4363 Articles
CWBChicago was created in 2013 by five residents of Wrigleyville and Boystown who had grown disheartened with inaccurate information that was being provided at local Community Policing (CAPS) meetings. Our coverage area has expanded since then to cover Lincoln Park, River North, The Loop, Uptown, and other North Side Areas. But our mission remains unchanged: To provide original public safety reporting with better context and greater detail than mainstream media outlets.
Website Facebook Twitter YouTube