Arctic January nights have helped keep a lid on things in the “Entertainment” District. It seems that the drunken brawlers got a little cabin fever and ventured out Saturday night.
Here’s a taste of what will be tying up our severely-limited police resources in the warmer weeks ahead: 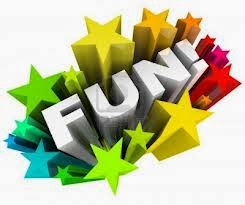 2:09AM—Fight outside of Roscoe’s Tavern, 3356 N. Halsted
2:20AM—Man says he was battered at Dark Horse Tap 3443 N. Sheffield.
2:53AM—Police paddy wagon crew calls to “get some [police] cars on Clark or we’re going to have a problem” outside of Deuce’s & The Diamond Club, 3505 N. Clark. Large group of “trouble” moving north on Clark.
2:55AM—Traffic is shut down on Clark between Addison and Newport while the area is cleared out.
3:05AM—Clark Street traffic re-opens
3:17AM—A victim reports that he was grabbed by the throat after refusing to give up his money to a man in an alley behind the 900 block of Newport. The assailant is described as male, black, 32 years old, wearing a black jacket and covered in snow. Police arrest one “combative” individual. The event is classified as a battery in case HX127933.
3:50AM—An officer is flagged down to assist with a battery in progress at Halsted and Waveland.
———————
CWB is now on Facebook. Come “Like” us.
———————
About CWBChicago 4360 Articles
CWBChicago was created in 2013 by five residents of Wrigleyville and Boystown who had grown disheartened with inaccurate information that was being provided at local Community Policing (CAPS) meetings. Our coverage area has expanded since then to cover Lincoln Park, River North, The Loop, Uptown, and other North Side Areas. But our mission remains unchanged: To provide original public safety reporting with better context and greater detail than mainstream media outlets.
Website Facebook Twitter YouTube