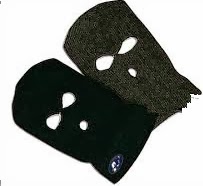 Violent offenders came out of hibernation in force Tuesday evening as police responded to three separate robberies at gunpoint in Boystown and nearby Lakeview.
All of the incidents took place before midnight and involved multiple offenders. No one is in custody.
Woman Held Up In Boystown
Two robbers held a woman at gunpoint in the 800 block of Cornelia, just west of Halsted at 9 p.m. Tuesday.
The woman was approached near Cornelia and Fremont by two black men wearing face masks and black jackets. One wore camouflage pants and the other wore black pants. Both were about 6-feet tall.
After taking away the woman’s backpacks, which contained her wallet and keys, the offenders ran west on Cornelia, then south on Clark.

At 11:20PM, the driver of a Flash taxi cab told police that he was robbed of his iPhone 5 and $300 cash by three passengers near Racine and Oakdale. One of the passengers was armed with a small black revolver.
All three offenders escaped by running west on Oakdale and north through the alley east of Racine. They are described as male, black, 24 to 26 years old, 6′ tall, skinny, wearing all dark clothing.
The incident is recorded as an armed robbery with a handgun in CPD case HX123136.

UPDATE 8:41AM: DNAInfo adds that the taxi driver “received a call for a pickup from three men who got into the cab and then put a gun to him.”

Around 7:30PM Tuesday, a man was robbed at gunpoint by three offenders near Irving Park Road and Broadway. The robbers fled northbound on Broadway after the crime.

CPD case number is HX122947.
———————
CWB is now on Facebook. Come “Like” us.
———————
About CWBChicago 4363 Articles
CWBChicago was created in 2013 by five residents of Wrigleyville and Boystown who had grown disheartened with inaccurate information that was being provided at local Community Policing (CAPS) meetings. Our coverage area has expanded since then to cover Lincoln Park, River North, The Loop, Uptown, and other North Side Areas. But our mission remains unchanged: To provide original public safety reporting with better context and greater detail than mainstream media outlets.
Website Facebook Twitter YouTube