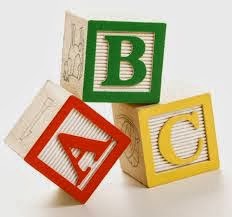 A lawyer could go on for hours about the differences, but here are the basic definitions of crimes that you will read about most often on CWB. Again, this is big picture stuff, not an exhaustive definition of each category.

Robbery — Considered the third most-serious crime behind murder and rape, Wrigelyville and Boystown set record-high robbery counts in 2011, 2012, and 2013.

Robbery is taking someone’s property through the use of force or the threat of force against the victim.

Example: Punching someone in the face so you can steal their bike is robbery.

Theft — Taking something that does not belong to you without using or threatening force against a person.

Example: Walking down the street and riding off on an unattended bike that doesn’t belong to you is theft.

Burglary – Entering an area without authorization to commit a crime. Most often, that crime is theft.

Example: Kicking in an apartment door and stealing a bike from inside is burglary. Entering through an unlocked apartment door or window to steal something is also burglary.

Assault – Threatening to hurt someone.

Example: Angrily threatening, “I’m gonna come over there and kick your ass,” is assault.

Battery – Causing physical harm to someone.

Example: Actually going over there and kicking that guy’s ass is battery.

Aggravated assault/aggravated battery – The same general elements as assault and battery, except a weapon is involved or a physical beating is particularly gruesome.

Examples: Brandishing a knife or pointing a gun at someone is aggravated assault.Stabbing or shooting someone (without killing them) is aggravated battery.