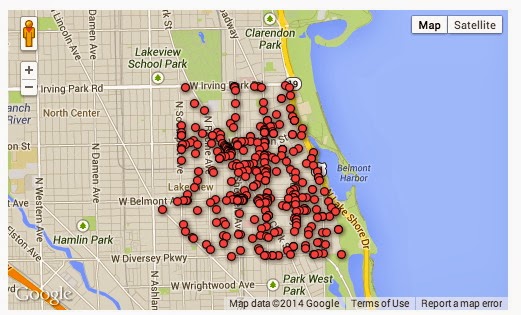 CWB is pleased to announce the start of a content sharing partnership with Chicago Spectrum.

We will be featuring one relevant post from Chicago Spectrum each week in an effort to keep you informed about crime in our neighborhoods and give you a taste of what Chicago Spectrum has to offer.

One feature that we are particularly excited about is Chicago Spectrum’s ability to generate timely maps of crimes reported in Wrigleyville and Boystown. Using their maps, you are able to zoom down to block level and get the details of reported crimes.