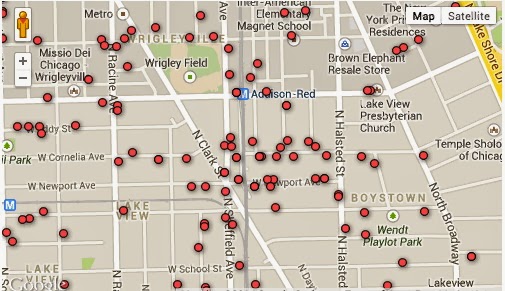 Chicago Spectrum has mapped every Wrigleyville and Boystown burglary of 2013.

Zoom in to street level and get the details of any incident.