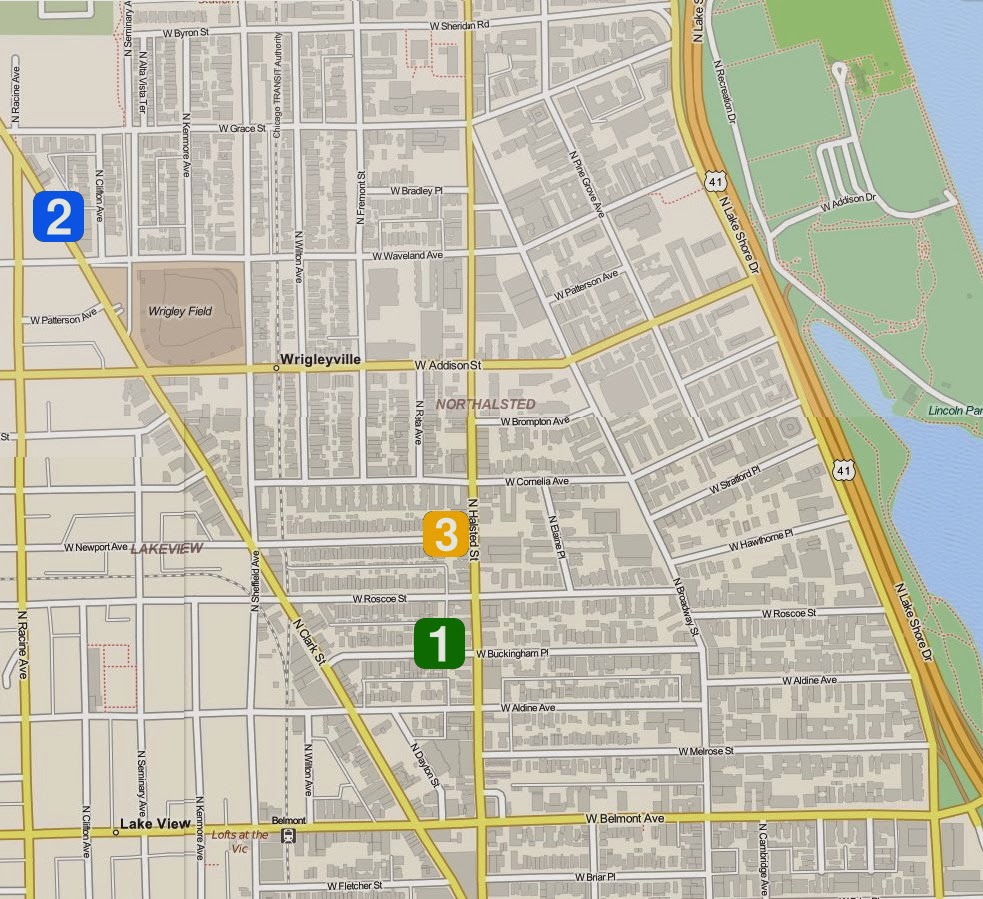 At least three people were attacked and robbed on the streets of Wrigleyville and Boystown Friday night into this morning. The outbreak seems to further indicate that a lull in criminal activity that followed the new year has ended.

A woman was attacked and robbed of a teal handbag as she walked in the 800 block of Buckingham at 11:20 Friday evening. She lost her wallet and cell phone in the crime, which played out just 100 yards from the Halsted strip.

The offender is described as male, black, and about 6’1” tall. He was last seen running toward Halsted Street.

Wrigleyville: 5-on-1 Beating And Robbery

A Lakeview man was beaten by five attackers near Trace Lounge, 3714 N. Clark in Wrigleyville, at 3:30 this morning.

The victim reported that three black women and two black men swarmed him, took his wallet, keys and phone, then hopped into a car and escaped northbound on Clark. One of the muggers dropped the victim’s wallet on the ground after emptying it of its contents.

Police have initially classified the case as an aggravated battery with a dangerous weapon.

Further information on this incident, which has been reclassified to a case of 5 vs. 1 “pocket picking” by the police department,  is available HERE.

A restaurant worker was beaten and robbed as he returned home at 4:40 this morning. Police summoned an ambulance to tend to the man’s severely swollen face.

This attack also happened just a stone’s throw off of the Halsted strip, at 814 W. Newport.

According to the victim, the attackers were two black men in their early- to mid-20’s. They got away with his black messenger bag, which contained nothing more than dirty work clothes, a Ventra card, debit card, and state ID.

While investigating the crime, an officer found several loose items at the scene of the robbery, including a purple purse. It has not yet been determined if the purse is connected to the earlier robbery on Buckingham.

Police were dispatched to the area of Circuit Nightclub, 3641 N. Halsted, at 3:51 this morning after at least one caller reported shots fired on the street.

The caller stated that a man in older model Cadillac fired a gun into the air three times, then drove northbound on Halsted.

Officers spoke with at least one pedestrian who also heard “popping that sounded like a gun.”