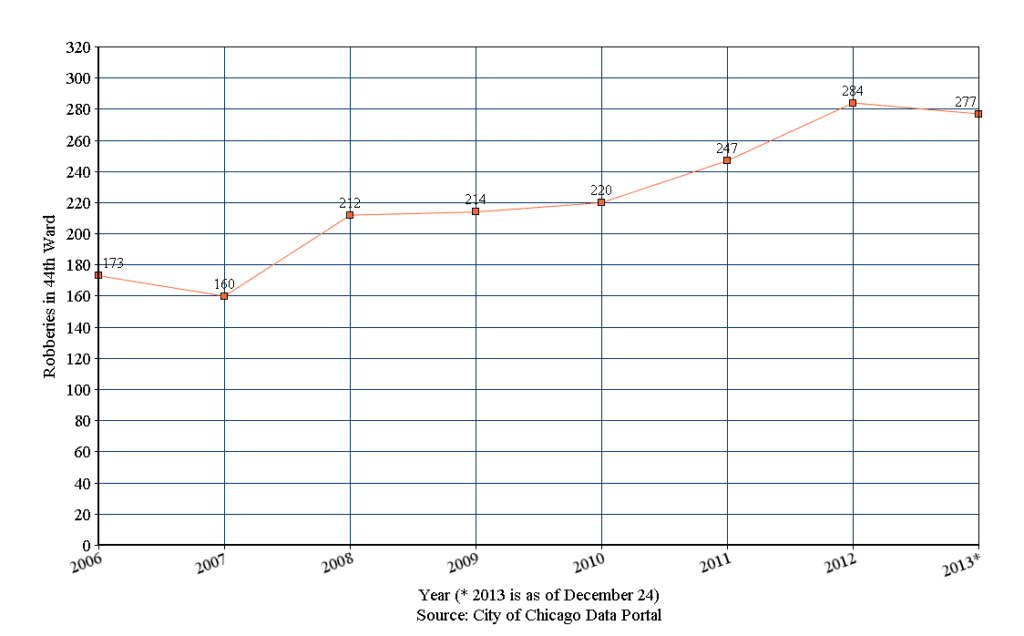 44th Ward Alderman Tom Tunney’s weekly newsletter chimed all sorts of good news about crime being “down” in Lakeview last year. He failed to mention the 25% loss of police officers that caused fewer reports to be filed.

Among his claims is a “4% reduction in robberies” in Lakeview. That may or may not be the case. The public does not yet have full year crime data available to it.

We do know one thing for sure. Tunney does not represent “Lakeview.” He is one of several alderman who represent portions of Lakeview.

And the portion he represents has a real problem.

Robberies are UP 73% in Alderman Tunney’s portion of Lakeview since 2007, according to the city of Chicago Data Portal.

No wonder he wants to talk about “Lakeview” instead of the area HE is responsible for representing.