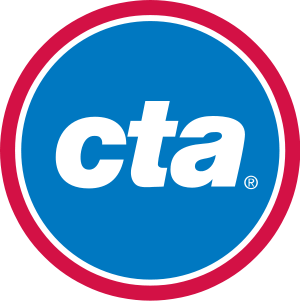 Whew! Some CTA patrons got their $2.25 worth of excitement this afternoon.

Around 3 p.m. witnesses saw two teenagers push a woman to the ground in a robbery on board a southbound CTA train as it approached the Sheridan Red Line station
The offenders escaped, but not without a some challenges. One of the muggers got into a struggle with a Good Samaritan and lost his hoodie in the process. The victim chased after her offenders, too, and saw them escape eastbound on Irving Park Road.
Witnesses describe the robbers at two black males, between 16 and 18 years old. One wore a green hoodie, blue jeans, and Timberland boots. The other, who lost his black hoodie in the struggle with a witness, was also wearing jeans and Timberland boots.
Police believe the offenders were captured on surveillance video.
CPD case number is HX131756.

Over on Ashland Avenue, witnesses reported that a fight broke out on a southbound bus around 4:15 p.m. In the end, a group of five girls—all described as black and between 16 and 18 years of age—took a woman’s purse and fled in an unknown direction at Belmont.
CPD case number is HX131863.

While the Ashland melee was still unfolding, the Walgreens at Belmont and Broadway reported that a shoplifter had just walked out with some liquor. He hopped on a westbound CTA bus. Officers stopped the bus at Halsted and Belmont, where the offender was positively identified and taken into custody.

Forcible-entry burglaries were reported on the first and second floor residences of a home in the 3500 block of N. Wilton this afternoon. About an hour later, the people who live across the street from that house reported that their home showed signs of an attempted break-in.
About CWBChicago 4360 Articles
CWBChicago was created in 2013 by five residents of Wrigleyville and Boystown who had grown disheartened with inaccurate information that was being provided at local Community Policing (CAPS) meetings. Our coverage area has expanded since then to cover Lincoln Park, River North, The Loop, Uptown, and other North Side Areas. But our mission remains unchanged: To provide original public safety reporting with better context and greater detail than mainstream media outlets.
Website Facebook Twitter YouTube