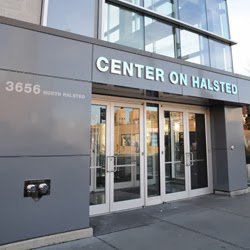 Even in the depths of winter, the Center on Halsted can be relied upon to keep our police officers occupied. At least five people have been arrested at the pride of Halsted Street since last Thursday.
Two men in their teens or early 20’s were arrested for battery after getting into a physical altercation with security guards at the COH at 7:30 Thursday evening.  The details are logged in CPD case HX133462.
Last Thursday, police were called to the Center, 3656 N. Halsted, after citizens reported that they were holding a theft offender. Police made an arrest in the matter, which was eventually classified as trespassing in CPD case HX124828.
As CWB reported earlier this week, another two men were arrested for battery at the Center this weekend. That case number is TBD.
On January 22, a man called 911 to report that he had been “attacked” in a Center on Halsted rest room around 9 p.m. It does not appear that any report was filed in that matter.
The fact is that we won’t get our neighborhood’s mess cleaned up without getting the police involved. It’s encouraging to see that troublemakers are leaving the Center in handcuffs.

10:09 PM Thursday: A 911 caller reports that his girlfriend is being harassed by a man outside of the Walmart Neighborhood Market near Broadway and Surf. The offender is described as a white man wearing a white hat.
10:10 PM Thursday: A different 911 caller reports that a white man wearing a black coat and jeans is chasing people around with a baseball bat near the same Walmart Neighborhood Market. According to the caller, whenever people walk out of the store, the man jumps out of hiding and chases them with the bat.
10:17 PM Thursday: Yet another caller reports that guy. He has a knife now.
Officers could not find the assailant when they arrived, but they spoke with the boyfriend/girlfriend couple and drove them around the neighborhood looking for the man, who was last seen walking northbound on Broadway. Officers then gave the couple a ride to their Lake View home.

Witnesses saw a man attempt to break into a home in the 3700 block of Kenmore at 2:40 Thursday afternoon. After breaking glass on the home’s front door, the burglar turned and fled southbound on Kenmore.  He’s described as white man with brown hair who was wearing a light colored jacket and blue jeans.  It is not clear if a report was filed.

As CWB reported this week, two residences were successfully burglarized and a break-in failed at a third residence on nearby Wilton Avenue Wednesday.

Later in the evening, a tenant reported that her apartment had been burglarized in the 500 block of Addison.

RELATED
CON-ED: “Utility Workers” Raise Residents’ Suspicions
———————
CWB is now on Facebook. Come “Like” us.
———————
About CWBChicago 4360 Articles
CWBChicago was created in 2013 by five residents of Wrigleyville and Boystown who had grown disheartened with inaccurate information that was being provided at local Community Policing (CAPS) meetings. Our coverage area has expanded since then to cover Lincoln Park, River North, The Loop, Uptown, and other North Side Areas. But our mission remains unchanged: To provide original public safety reporting with better context and greater detail than mainstream media outlets.
Website Facebook Twitter YouTube