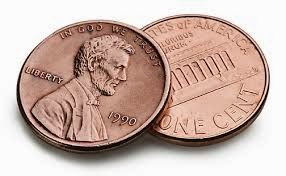 UPDATED: We have been informed that the Good Neighbor Agreement that we cite below was not agreed to by Broadway Youth Center.

We are deeply disappointed and must withdraw our support for now.

The SELVN vote will go on as scheduled tonight, but there will not be a good neighbor agreement.

That is a disappointing development.

The Southeast Lake View Neighbors (SELVN) community group is scheduled to vote tonight on whether their group should express support for the Broadway Youth Center’s request to receive a zoning variance that would allow the long-running service agency to operate in a church on a residential stretch of Wellington Avenue.

Such votes, which amount to nothing more than a group of citizens’ recommendation to the alderman, are usually as boring as they are routine. This one, not so much.

Some neighbors are concerned that loitering and other problems experienced at BYC’s previous location will wind up on their front porch. Some have even cited specific incidents.

The best solution, many agree, would be for BYC to take over empty space inside a public health clinic that is located on a commercial stretch of Clark Street near the Century Mall. As of the December SELVN meeting, that possibility was in the very earliest stage of exploration.

Background
In November, CWB published two police reports from 2012 in which officers said that BYC staff “refused to cooperate…in anyway” when multiple witnesses said that an offender who repeatedly punched a victim in the face “was being hidden inside the Broadway Youth Center” and separately served as an “obstruction to justice” when the CPD investigated another violent crime that took place inside the shelter itself. We wrote,

(BYC) is a great idea and it has done a lot of good over the years. There is a very good reason for the services it offers to exist in our neighborhood.

While [parent organization] Howard Brown and BYC leaders would like to make this issue one of the neighborhood vs. people in need, it’s really about them. It’s about their poor decision making. It’s about their obstruction of law enforcement. It’s about what appears to be, at best, poor training of their staff.

CWB has remained virtually silent on the issue since mid-November as the neighbors and BYC worked on solutions.

Reboot
Since November, BYC and SELVN have hammered out an extensive Good Neighbor Agreement to address loitering and other concerns. Among the agreement’s terms:

• BYC staff will patrol the immediate area in an effort to eliminate loitering.

• BYC agrees to notify police whenever criminal activity is observed.

• BYC will install security cameras, maintain the footage for at least 120 days, and make the images available to police, the alderman, and SELVN’s designated representative upon request.

• BYC confirms in writing that federal law does not prevent them from co-operating with law enforcement as their staff previously insisted.

• BYC’s hours of operations are specified.

Keep in mind, as recently as September, BYC wouldn’t even agree to put their operating hours in writing. Needless to say, the agreement goes far beyond operating hours.

Something else. Since November, we’ve had the opportunity to speak with a couple of Howard Brown executives. We believe that those leaders were genuinely surprised and disappointed when they heard about the police reports that we published.

BYC’s director stepped down in December and its associate director has been let go in a reorganization. A new leader is in place, although the community has yet to meet her.

Questions
Legitimate concerns exist about the enforceability of the good neighbor agreement. There really are no immediate consequences should BYC or SELVN fail to meet their obligations.

Also, Howard Brown Health Center is in rough shape financially and organizationally. Is it reasonable to expect that they will find the funding to secure and maintain surveillance equipment, much less the labor involved in patrolling the area and attending community meetings?

As we’ve frequently said, every person and organization in our community will play a role in getting our neighborhoods back on course. Part of that process will require social services to take ownership of their programs and to understand that they do have an influence on what happens outside of their doors. Bars do. Stadiums do. They do.

We are impressed with the steps Howard Brown has taken.