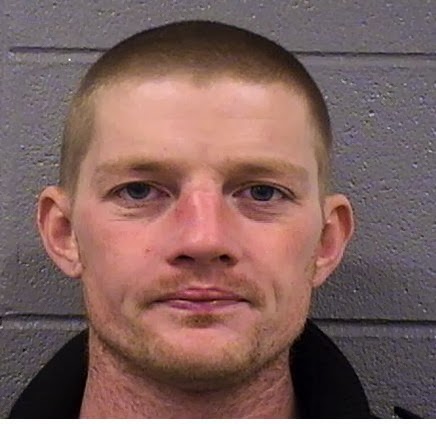 As CWB reported first early this morning, a man was arrested Wednesday in connection with at least three burglaries in Lake View and nearby Lincoln Park.

Arthur Nielsen, 34, was arrested after he broke into two of three units in a Lincoln Park residence. He has been charged with those two burglaries as well as a Wrigleyville break-in that took place in the 3800 block of Wilton. Detectives continue their investigation of Nielsen.

Several of the burglaries in our area involved an offender who entered multiple units in buildings, often graystones.

Nielsen was paroled on April 23, 2013, after serving more than 6 years in the Hill Correctional Center in Galesburg for multiple burglary convictions. According to Illinois Department of Corrections records, Nielsen’s criminal history includes the following Cook County convictions:

Prior to those incidents, records show, Nielsen had potential prison sentences discharged for:

Diligence Advised
Police officers believe that at least two more burglars or teams may be working in Lake View. Their suspicions are based on techniques used and descriptions provided by witnesses.

Their suspicions seem well-founded. An attempted burglary was reported at 9:05 this morning in the 3400 block of Halsted. A residential burglar alarm drew police to the home, where they found the back door partially kicked in. It did not appear that entry had been made to the unit.

Image: Cook County Sheriff’s Office
———————
CWB is now on Facebook. Come “Like” us.
———————
About CWBChicago 4360 Articles
CWBChicago was created in 2013 by five residents of Wrigleyville and Boystown who had grown disheartened with inaccurate information that was being provided at local Community Policing (CAPS) meetings. Our coverage area has expanded since then to cover Lincoln Park, River North, The Loop, Uptown, and other North Side Areas. But our mission remains unchanged: To provide original public safety reporting with better context and greater detail than mainstream media outlets.
Website Facebook Twitter YouTube