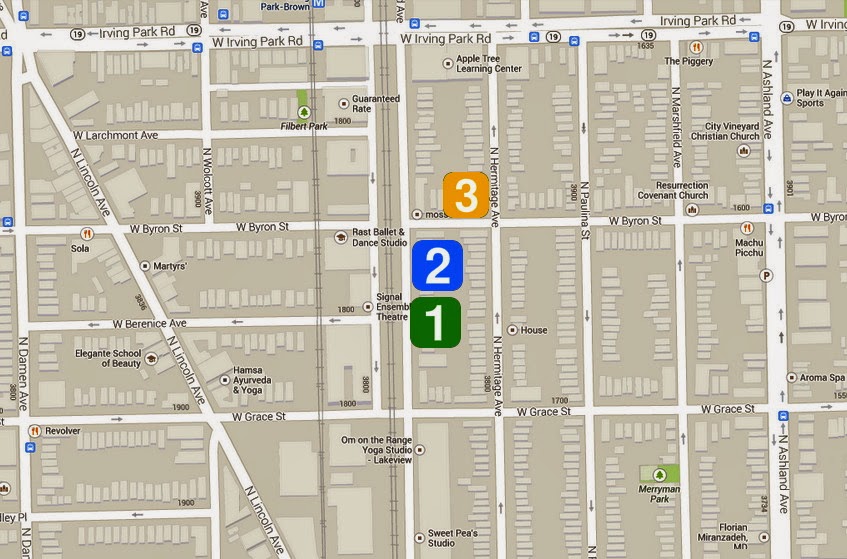 The Chicago Police Department’s bomb and arson unit is investigating at least two fires and homemade incendiary devices that were discovered in Lakeview Saturday afternoon. One device was found behind an old firehouse that now serves as, among other things, the command post for Mayor Rahm Emanuel’s security detail.

The first fire broke out shortly before 2PM in a portable toilet near Grace and Ravenswood.

At 3:20PM, a garage fire was reported on Ravenswood, a half-block from the previous incident. Firefighters found “a device” at the scene.

About 20 minutes later and one block away, witnesses saw a device being planted between two trash cans behind an old firehouse at Byron and Hermitage.

According to witnesses who saw the third device being planted, the offenders are two white or Hispanic males, about 19 years old, dark hair, wearing hoodies. One was pushing a “messenger bike.”

One witness reported that the suspects entered a nearby garage, but officers were not able to locate them.

There have been no arrests.