Do you have insurance for your phone?
No.
Hmm. Then there’s really no reason to file a report.

Alternate Response Program is a misnomer because the whole idea behind ARP is not to launch a police response at all and to instead have victims file reports over the phone. 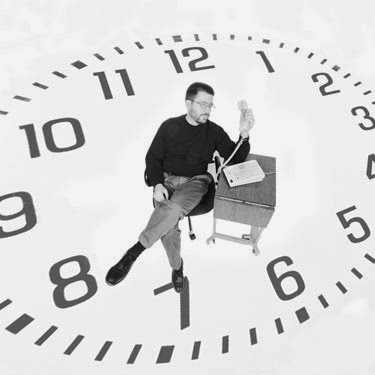 Initially, ARP was used to handle crimes such as theft in which the offender and property were long gone.

One year ago, department leadership greatly expanded the kinds of crimes that would be handled by ARP officers via 311 rather than officers in person. The expanded list of crimes that can now get “alternate” responses includes garage burglaries and car thefts.

ARP has also become a contributing factor to the city’s breathtaking double-digit drops in crime.

For starters, most people don’t enjoy the idea of hanging on the phone to file a report. The annoyance factor alone shaves off the crime levels because victims don’t want to deal with it.


This week, a 19th district dispatcher tried to get help for some homeless people who had been found by a police officer. She dialed 311 (Yes, even they have to call 311.) The wait time exceeded 30 minutes. She hung up.

There is also anecdotal evidence that some ARP officers actually try to talk people out of filing reports.

One specific example came from a CWB reader who was referred to ARP when he tried to report a stolen phone. According to that reader, the ARP officer asked if he had insurance for the phone. When the man said that he did not, the officer suggested that “there’s really no reason” to file the report unless it’s needed for an insurance claim.

The reader insisted on filing any way.

Another example from this morning: A woman in Uptown called 911 after someone stole her coat, which contained money, credit cards, and identification. She was referred to 311. The ARP officer referred her back to 911, which eventually dispatched an officer.

That officer was none too pleased with the ARP section. “I’ll do this report for this young lady here,” he said, “She’s getting the runaround. 311 didn’t want to do the report. They should have never sent this to us.”

Thankfully, the woman was tenacious and insisted on getting the police service citizens deserve. And the officer was a professional who refused to let a victim get run over by an ass backwards system.

But for every insistent victim, how many people simply say, “screw it,” sending crime “down” another tick?

Crime is way down.
———————
CWB is now on Facebook. Come “Like” us.
———————
Image: University of Cincinnati
About CWBChicago 4360 Articles
CWBChicago was created in 2013 by five residents of Wrigleyville and Boystown who had grown disheartened with inaccurate information that was being provided at local Community Policing (CAPS) meetings. Our coverage area has expanded since then to cover Lincoln Park, River North, The Loop, Uptown, and other North Side Areas. But our mission remains unchanged: To provide original public safety reporting with better context and greater detail than mainstream media outlets.
Website Facebook Twitter YouTube