UPDATE 10:14PM: Additional information on the arrest and the offender is now up HERE.
—————
Members of the old 19th district burglary mission team identified and arrested a career burglar who has been “very active” in our area as well as to our south in the 18th district. That info came in to CWB via email as well as overnight reader comments: 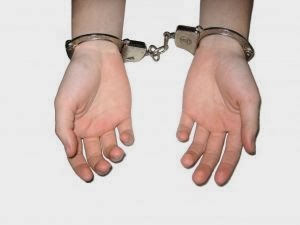 This just in !!!! I just learned THAT 3 members of the OLD BURGLARY TEAM have IDENTIFIED AND ARRESTED a CAREER BURGLAR for 3 BURGLARIES earlier today !!!!! He is also responsible for a large amount of Burglaries in the 19th and 18th districts ! GREAT JOB GUYS , HOPEFULLY YOU’LL BE BACK AS SOON AS YESTERDAY ! I don’t see why not !

The 19th district disbanded its burglary team several weeks ago. A recent blizzard of burglaries in Wrigleyville prompted district brass to assign a very limited number of officers to work burglary missions over the past week or so.

Based on witness descriptions of burglary suspects who’ve been seen in action, there are almost certainly other break-in artists working the area. Continued vigilance will be rewarded.

Thought you should know the scammers have moved west. We’re on Bosworth. This persistent little sh#t visited the building three separate times today.

He’s a tall, slender, African American. I’d guess 5’10. 160lbs. He had some sort of ID badge on his coat and a clipboard. Carrying a back pack. Young looking. Late teens, early 20s…Looked kind of preppy.

…Noticed him at the door ringing all the buzzers. Thought he was a canvasser. Seemed odd that he left the building and did not stop at any other buildings.

Lone Report
Only one burglary report was filed yesterday. A two-flat in the 3800 block of Marshfield was hit. No force was used to enter, which indicates that a door may have been left unsecured. Case #HX148786.

CON-ED: “Utility Workers” Raise Residents’ Suspicions
Image: Phil Clark Law
———————
CWB is now on Facebook. Come “Like” us.
———————
About CWBChicago 4360 Articles
CWBChicago was created in 2013 by five residents of Wrigleyville and Boystown who had grown disheartened with inaccurate information that was being provided at local Community Policing (CAPS) meetings. Our coverage area has expanded since then to cover Lincoln Park, River North, The Loop, Uptown, and other North Side Areas. But our mission remains unchanged: To provide original public safety reporting with better context and greater detail than mainstream media outlets.
Website Facebook Twitter YouTube