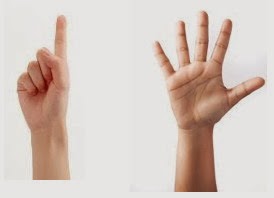 Here are some follow-up reports on three stories that drew heavy readership over the past few weeks:

Treasure Island Battery
Many residents took notice of our December 29th report of a man being beaten in the parking lot of Treasure Island grocery store, 3460 N. Broadway, at 3 o’clock on a Sunday afternoon.

CWB has subsequently learned that the victim of this crime was a Treasure Island security guard.

According to information we have received, the guard approached his future assailant and asked him to stop selling candy in the store parking lot. At that point, the candy salesman punched the guard several times in the face with an unknown object, causing the guard to lose consciousness for several minutes.

The incident’s classification has been upgraded to aggravated battery of a police officer with a dangerous weapon.

Robbery, Kicking of Pregnant Woman
On January 21, we told you about a pregnant woman who had been “kicked in the stomach, beaten, and robbed” during an afternoon robbery at a McDonald’s restaurant near the DePaul campus.

We have since been provided a copy of the incident’s police report, which states

[The victim] was inside McDonald’s restaurant when [the offender] approached her table and reached into her purse and attempted to take victim’s phone.

Victim grabbed and held onto offender and was dragged thru door to sidewalk where offender repeatedly kicked and kneed the victim.

Some of those blows landed in the 6-month-pregnant woman’s abdomen.

About three hours after the attack, doctors told officers that the victim was “stable.”

A Re-Class Act?
Stories of Chicago Police Department manipulation of crime statistics by downgrading serious offenses to lesser matters are fairly common.  In our experience, though, police reports of suspected “downgrade” cases omit key information that could suggest a higher classification is appropriate.

For example, we are aware of several cases in which a victim was punched, pushed, or grabbed from behind—qualifying as a robbery—but the incidents were classified as “theft” with details of physical altercation being omitted from police reports.

The January 25 case of a man who reported being robbed outside of Trace Lounge in Wrigleyville is a bit different.

In the official police records, this man’s tale–which was initially classified as an aggravated battery–has been reduced to a curious case of “pocket-picking.”

According to the police report, the intoxicated victim

was outside of [Trace] bar to take smoke and there were a group of 5 people standing outside. They started to talk to him, then proceeded to grab at his pants pockets taking his wallet, keys and cellphone. [One offender] took everything out of the wallet, threw the wallet to the ground and started running to [a vehicle] which fled northbound on Clark St.

In Illinois, robbery requires the offender(s) to use force or threaten the imminent use of force to take property. Even though the man was outnumbered 5-to-1, the department apparently couldn’t find a “threat” element here. One is left to wonder how a group of five people rifling through the pants pockets of a conscious person and taking his valuables qualifies as “pocket-picking.”