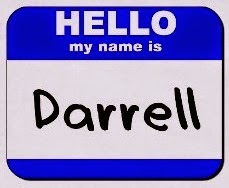 A bicyclist who said his name is “Darrell” strong-arm robbed a victim at 4:30 this afternoon near Broadway and Cornelia, police say.

The victim walked into the 19th district police station about 15 minutes later to report the crime and provide a description of “Darrell”: Male, black, 5’9″ to 5’10” tall, 40- to 50-years-old, bald, wearing a black jacket with yellow on the inside of its collar. He was last seen riding a teal and green mountain bike southbound on Broadway.

For the second time in two weeks, the Caribou Coffee at Halsted and Cornelia fell victim to a counterfeiter. Police were called to the shop at 7:30 Monday night after employees discovered a bogus $100 bill. The shop was also hit on May 27 in what seems to be an on-going problem for businesses in the area.

It will be hard to top this one for weirdest call of the week: Around 9 o’clock Monday night, 911 callers reported a man harassing women near Broadway and Aldine. The bald, white, male was said to be “very well dressed.” He was also said to be telling women that he wanted to kill them and put their legs in boxes.

Officers were unable to locate the man.