UPDATE JUNE 30TH: Video of the police car dance is now up, also from @runningwithcf
————-
At least two Chicago police cars were heavily damaged by rowdy crowds along Halsted Street during this afternoon’s Pride Parade.  @runningwithcf sent these photos out on Twitter, showing a huge crowd swarming an unattended squad car at Halsted and Aldine around 2:30PM.

Another squad car was similarly manhandled a block north at Halsted and Buckingham.

One arrest was made for criminal damage to city property in connection with the Aldine incident. (Case HX323835) 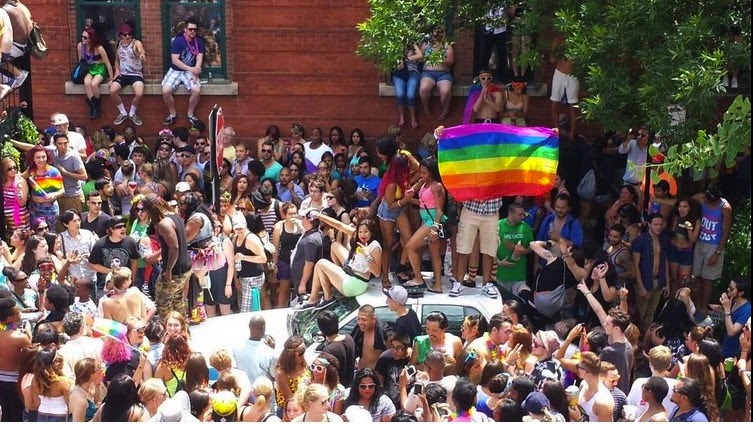 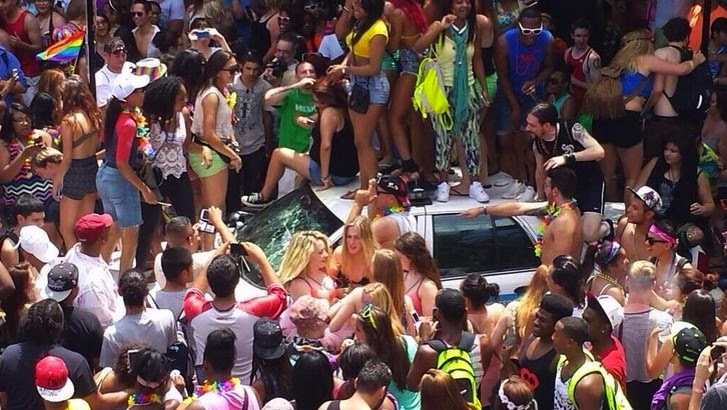 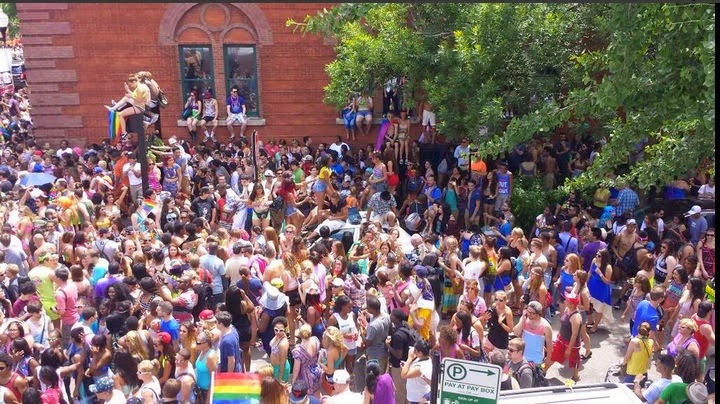 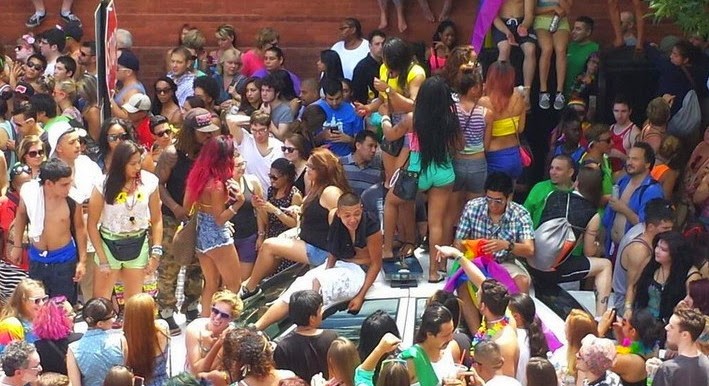