UPDATE JUNE 4: The two allegations of sexual assault along Clark Street are unrelated. Police do not believe that there is a “rapist on the loose.”
—————————
Is it above 70°? Then you should take a moment to truly experience our beloved “entertainment district” by taking a stroll through the Wrigleyville bar strip around closing time. For extra credit, saunter along the 900 block of Belmont.

Here’s what you missed by not doing that this morning:

12:31AM — Officers witness a large fight on the street at Halsted and Roscoe. A female victim is beaten up and the offender is lost in the crowd. (There was a sizable crowd on the corner outside of a closed costume shop for the better part of three hours. They were just standing there, holding the sidewalks in place.) 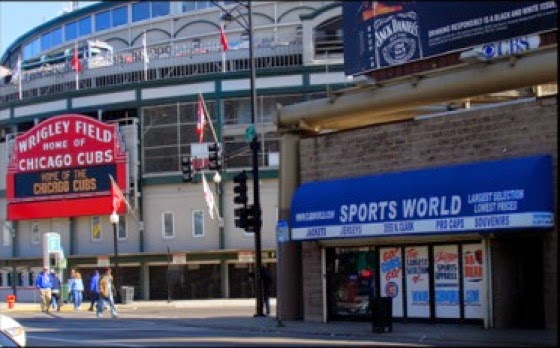 12:38AM – Police are called to assist a female victim of  a criminal sexual assault outside of Sports World. The woman is unconscious, police say, and would not likely be able to identify her attacker. A witness describes the offender as male, black, 6-feet tall, thin, wearing a gray tee shirt, and jeans. The victim is transported to Illinois Masonic Medical Center. This is the second criminal sexual assault reported on the Wrigleyville bar strip in as many weeks. Another woman reported being sexually assaulted in an alley near Cornelia and Clark at 2:35 last Sunday morning. UPDATE: New information indicates that the victim appeared to lose consciousness on the street after the assault took place, allegedly in the mens room of a nearby bar. Case #HX284786.

12:47AM – A fender bender turns ugly at Belmont and Sheffield when the occupants of one vehicle get out and clobber a cab driver in the face. Battery report filed in case HX284735.

12:57AM – Officers working on the previous incident report that a fight has broken out at a nearby bar. An employee has been punched in the face. Arrest made, report HX284737 filed.

1:17AM – Multiple calls of a large groups fighting in the street along Belmont between Halsted and Sheffield. Calls reporting fights at various locations along that stretch of Belmont continue for more than an hour. Large groups of people clogging the sidewalks outside of businesses that are closed for the night break into a series of fights for nearly 30 minutes. “Fights are breaking out but as soon as we show up, everyone scatters,” one officer correctly reports.

2:12AM – Man reports being beaten up at Halsted and Roscoe. He does not approach officers when they arrive. No report filed.

2:16AM – Officers witness a fight in progress at Halsted and Roscoe.

2:48AM – Back in Wrigleyville, a fight has erupted outside of Rebel Bar. Battery report HX284833

And so it went.