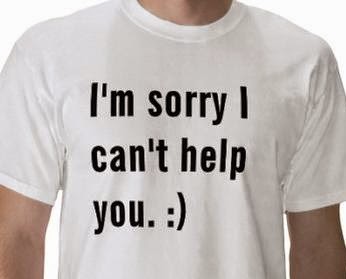 A 24-hours CVS Pharmacy was robbed at gunpoint just four blocks from Mayor Rahm Emanuel’s home Thursday morning. Despite the proximity and the fact that a firearm was involved, the patrol cars assigned to sit outside of the mayor’s house stayed right where they were. Because those are their orders.

Employees at the store, 4051 N. Lincoln, called 911 shortly before 5AM yesterday to report that a man who lives in the neighborhood—and who tried to break into the locked pharmacy section last week—had just pulled a black handgun and taken the store’s cash.

The offender is described as a 21-year-old black man with “puffy hair.” He stands about 5’5″ tall, weighs about 100 pounds, and he donned a gray hoodie with orange writing and blue jeans for the heist. He was last seen eastbound on Belle Plaine.

Despite the exceptional description and specific direction of flight, all of the cars assigned to the mayoral compound were required to stay on post at Rahm’s house, just chilling. (Robbery case HY115527)

While the 19th district has lost 25% of its manpower since Rahm Emanuel became mayor in 2011, the number of officers assigned to sit outside of his house 24-hours-a-day has only increased. Fully 5% of the 19th district’s available manpower is dedicated to guarding the mayor’s real estate. (There is also a completely different unit of the police department that is dedicated to his personal protection.)

The units assigned to the mayor’s house are prohibited from leaving their posts for any reason unless they receive direct relief from another unit.

Yet another man was robbed near Clark and Leland in Uptown late Thursday night. The mugging is notable because the details closely match information in a recent Chicago Police Department robbery alert.

Police say a nearby resident heard a man screaming for help on the street just before midnight. When the neighbor walked outside, he saw two men robbing and beating a man who was lying on the ground.

Members of a police gang unit who were working Uptown arrived quickly, but a search for the offenders was unsuccessful.

The robbers are described as two black men around 20-years-old, 6-feet tall, with thin builds. One wore camouflage pants.

They were last seen running eastbound on Wilson with the victim’s black Jansport gym bag, which contained a laptop, and his iPhone. (Robbery case HY116717).

Last Friday, Area North detectives warned of a robbery pattern in which two black male offenders attack victims as they walk on the street during early morning hours.

Among the cases linked by detectives is last Friday morning’s mugging of a Boystown man on a sidewalk near Wrigley Field. The victim in that case was beaten and robbed of his book bag and wallet by two “young” black male offenders.