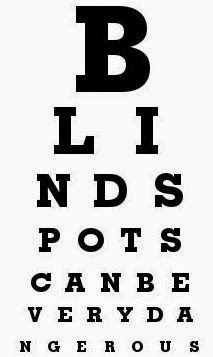 In Rahm Emanuel’s first public comments about the pre-Christmas mugging of his son on the family’s own street, the mayor Monday said “there are some blind spots” on his street and Chicago police are “going to address it, from a safety on the block, not the safety of the house, or us…it’s [the police department’s] job to do it for everyone in the city, not just us.”
His timing is impeccable!
Wrigleyville and Boystown’s monthly CAPS meeting will be held tomorrow night and we encourage—nay, we urge—everyone to bring a list of all potential blind spots to the meeting so the department can begin to address them forthwith.
The meeting will be at 7PM tomorrow (Wednesday) at the 19th district police station on Addison.
We are delighted to learn that the department will be addressing these matters “for everyone in the city.”
From our comments section:

In my 42 years of living in Chicago, I think that is the most royal thing I’ve ever heard come out of a mayor’s mouth. Deluded enough to think we’re concerned for the blind spots on his block in the face of crime on our own blocks, and double-deluded enough to actually come out and make it a focal point of a new conference.

As a kicker, the mayor told reporters that his 17-year-old son was robbed during a phone conversation with the boy’s “college counselor.” Outside. At 10PM. On a Friday night.

The 19th district entered its first RAP of the new year at 5:40 Sunday morning. “RAP,” or “Radio Assignments Pending” status is declared whenever a district has no police officers available to handle incoming calls for help.
• 19th district officers generated the first Chicago police report of the year in 2014. This year, they came in second place, writing the second report of the year for a simple battery complaint.
———-
Email us. Facebook us. Twitter us.
About CWBChicago 4360 Articles
CWBChicago was created in 2013 by five residents of Wrigleyville and Boystown who had grown disheartened with inaccurate information that was being provided at local Community Policing (CAPS) meetings. Our coverage area has expanded since then to cover Lincoln Park, River North, The Loop, Uptown, and other North Side Areas. But our mission remains unchanged: To provide original public safety reporting with better context and greater detail than mainstream media outlets.
Website Facebook Twitter YouTube