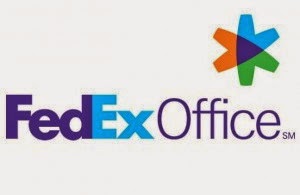 Employees of a DePaul-area FedEx Office store were said to be “pretty traumatized” after getting robbed at gunpoint Friday afternoon. No one was hurt.

A gunman walked into the store at 744 Fullerton around 2:40PM and demanded money, then fled in an unknown direction after getting about $100 from the cash register. The store is plastered with surveillance cameras.

• Closer to home, yet another man has reported that he was the target of an attempted robbery near the 500 block of Diversey. The Lincoln Park resident is the third person to report being targeted there in the past 10 days.

Around 2:30 this morning, two would-be muggers jumped out of a car near Diversey and Pine Grove and started swinging. Both fled empty-handed as the victim resisted them.

One suspect jumped back into the duo’s black 4-door sedan while the other fled on foot.

Police have categorized the incident as a statistics-friendly battery case. UPDATE JAN 18: This case was later classified correctly as an attempted robbery. (Case HY108538)

As CWB previously reported, two other men—one of whom is blind—have been robbed in the same area recently.

• Detectives have issued a community alert in connection with Thursday morning’s mugging near Wrigley Field. Investigators believe that case may be related to two others in Uptown.