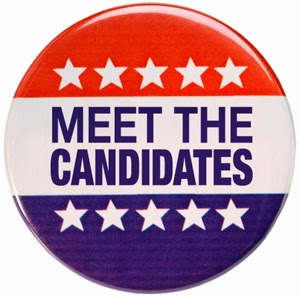 Area aldermanic candidates will be getting together in various forums over the coming days to meet voters, present their plans for the future, and (in some cases) debate.

Consider taking an hour to attend one of the following events to learn more about your voting options.

Find your ward by entering your address here. Ward boundaries were redrawn in 2012 and you will be voting in the ward identified as “Ward (2012).”

44th Ward (3 candidates) Area includes most of Wrigleyville and Boystown
46th Ward (3 candidates)
Election day is February 24th. Early voting runs February 9th through 21st.
———-
Email us. Facebook us. Twitter us.
About CWBChicago 4360 Articles
CWBChicago was created in 2013 by five residents of Wrigleyville and Boystown who had grown disheartened with inaccurate information that was being provided at local Community Policing (CAPS) meetings. Our coverage area has expanded since then to cover Lincoln Park, River North, The Loop, Uptown, and other North Side Areas. But our mission remains unchanged: To provide original public safety reporting with better context and greater detail than mainstream media outlets.
Website Facebook Twitter YouTube