Some 19th district residents experienced lengthy waits for police service Saturday as the bulk of the neighborhood’s officers were dedicated to the annual bar crawl sh!tshow in Wrigleyville.

The police department sent no reinforcements to back up our grossly-understaffed district, which has lost nearly 27% of its manpower in recent years.

The district’s officers were all kept overtime and even the top-ranking cops spent 12+ hours responding to calls.

Based on police radio traffic and conversations with sources, CWB estimates that 17 persons have been arrested in the Wrigleyville mayhem as of 3AM Sunday: One for battering a police officer, one for aggravated assault with a knife, four for mob action, and the balance for simple battery.

One person is known to have been mugged. That happened in the heart on Boystown at Halsted and Roscoe during the height of the Saturday night rush.

More than 40 ambulance requests resulted in at least 20 persons being transported to area hospitals.

Here are some “highlights”:

11:03AM — Britney calls police because the bouncer at Red Ivy, 3525 Clark, thinks her ID is fake and he won’t give it back. Police run the ID, confirm that it’s legit, and Britney gets it back. Yay, Britney!

12:08PM — CONGRATULATIONS! We have our first arrest of the day! A man is taken into custody outside of Slugger’s bar for allegedly battering a police officer. Way to go, champ! Case HY184122.

12:59PM — Police commander informs morning shift officers that they will be held past their quittin’ time to deal with Clark Street.

1:36PM — A motorist reports that “thousand and thousands of people are at Clark and Cornelia.” The commander agrees. “There are…We’re doing the best we can.”

1:49PM — Another prize is awarded as police issue the day’s first ticket for drinking on the public way. Rahm’s budget office thanks you, sir.

2:38PM — Down in Lincoln Park, a citizen reports “people jumping from a rooftop” in the 2600 block of Wilton.

2:47PM — Our second arrest. Charges not yet known.

3:12PM — Concerned motorist reports a 20-year-old white guy “wearing a green vest with blood all over his face” walking near Irving and Lake Shore Drive.

3:13PM — Report of a man threatening passers-by with a knife outside the Wrigleyville McDonald’s. Cops find no one.

3:13PM — Order issued: Keep all cars moving on Clark Street or else the revelers will take over the traffic lanes.

3:21PM — Cabbie says a woman vomited in his car and now she’s trying to get away without paying. Sheridan and Oakdale.

3:36PM — Battery in progress at John Barleycorn. Ambulance arrives, but the victim refuses treatment and refuses to file a police report.

3:43PM — Man hit by a car. Clark and Newport. Victim transported to Illinois Masonic. (At least they kept the traffic moving!)

3:59PM — Two men fighting a woman in the alley. Four “victims” are eventually identified. One arrest.

4:28PM — Need an ambulance at the McDonald’s for a man with a head injury.

4:31PM — A tall white male wearing one shoe is screaming at a woman in the 3500 block of Janssen.

4:39PM — A tall white male with red hair and one shoe is running westbound on Grace. He’s been badly beaten. Officers find the man on Ashland and learn that he had been jumped and beaten by four men at Addison and Clark minutes earlier. He describes the offenders as four black men. One wore a black North Face jacket and another wore a red True Religion shirt. He declines police and fire services. The cops give him a ride home any way.

4:47PM — Ruh-roh! The vice unit is prowling Wrigleyville. Their first citation goes to Nisei Lounge, 3439 Sheffield. Rahm’s budget office thanks you guys, too.

5:05PM — 19th district commander stumbles upon a fist fight in the alley behind Clark and Addison. No arrests.

5:26PM — A Wrigleyville woman asks her neighbors to turn down their party music. They threaten her and claim to have a gun.

5:29PM — Man in the 3900 block of Janssen is calling 911 on behalf of his roommate who got beat up. Victim tells officers that he was just moseying along past the Wrigleyville McDonalds about 20 minutes ago when a group of people “cold-cocked” him. Ambulance requested. Battery report filed.

5:40PM — Commander wants officers assigned to Clark and Sheffield. “A couple of people almost got hit by cars while I’ve been here.”

5:44PM — People are throwing valuable beer from the second floor of 3118 Sheffield. 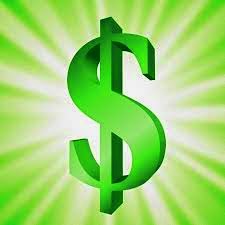 6:20PM — Three white guys are fighting in the Wrigleyville McDonald’s.

6:20PM — Man gets arrested for threatening people with a knife at Clark and Eddy.

6:36PM — Remember the one-shoed kid who got beat up earlier? He’s at St. Joseph’s Hospital. He wants a police report now.

6:39PM — Remember the guys who were wrestling in the middle of Kenmore? Well, now they’re throwing snowballs at the people who called 911 on ‘em.

7:59PM — Police response times are getting very long. To save resources, 911 operators just called back a battery victim and asked her to walk to the station to file a report. She agreed.

8:20PM — Man lying unconscious on the sidewalk at 3828 Wilton. Passers-by are taking selfies with him.

8:38PM — Joseph got separated from his female friend at the bars. He just called her and she’s with someone else. He’s worried and wants the police.

9:00PM — “An unknown white male wearing a green tuxedo shirt and a green top hat is on her back porch and it’s supposed to be a secured area!” 1400 block of Roscoe.

9:36PM — EMS going to Roscoe and Halsted for the 27-year-old woman who “keeps passing out.” She says she has not been drinking.

9:41PM — A “very drunk man” threatening the street musician at Broadway and Diversey. “He’s picking up the instruments and throwing them” at the victim.

10:25PM — Officers requesting an ambulance for the intoxicated man at Newport and Sheffield.

10:27PM — Officers requesting an ambulance for the intoxicated man at 3560 Clark.

10:38PM — Officers have one “down for the count” at School and Wilton. Ambulance rolling.

10:45PM — A 28-year-old man “throwing up violently” inside Roadhouse 66. Friends “think something is in his drink.” Officers speculate that the substance may be “alcohol.”

10:53PM — Now they’re tearing up the hospitals. Illinois Masonic needs police to help with the man who is “throwing things around the E/R.”

10:53PM — The Uber driver just threatened Sarah with a baseball bat, she says. Barry and Lakewood.

11:33PM — The caller says that the man who’s wanted for stabbing his roommate earlier has been seen “in the area.” It is noted that the caller is “with a rabbi.”

11:38PM — Man reports that he has been mugged outside of Progress Bar at Roscoe and Halsted. Two offenders jumped him and took his iPhone and wallet, then ran eastbound on Roscoe, he says. The offenders are described as two black men in their early- to mid-20’s, about 5’9″ tall, slim, with short hair.

11:45PM — Two men are fighting over a woman in the iHop parking lot, Grace and Halsted. Battery report taken.

12:27AM — They need an ambulance at McDonald’s. A battery offender is bleeding from the mouth. He’s handcuffed for his trip to Illinois Masonic.

12:37AM — Two women down on the street at Roscoe and Halsted. One is taken to Masonic via ambulance. The other is “scooped up by her friends,” according to police.

12:52AM — Jennifer says she and her boyfriend were walking along when a group of guys started beating him up at Halsted and Waveland. No cars are available to take the call for nearly 20 minutes and Jennifer’s long gone when cops arrive.

12:58AM — All of these drunks and the city has only managed to catch its third person for drinking on the public way. Ticket issued at Newport and Sheffield.

12:59AM — Among the calls waiting for police officers to become available: A battery case, a domestic battery call, a battery in progress call, and an assault in progress.

1:37AM — In the 3800 block of Wilton, partiers are jumping off of a roof and landing on the roof of a concerned neighbor.

2:21AM — Most predictable call of the day: “At the Weiners Circle, they got a big fight. Bunch of male whites in green shirts.”

2:23AM — Commander: “Tell Cubby Bear and Sluggers to start wrapping it up!”

2:24AM — Huge fight in the street outside of Wrigleyville’s Taco Bell. All participants are sent on their way after police run their IDs.

2:50AM — At Trader Todd’s, a man says he was tackled by security and now he can’t walk. Belmont & Sheffield.

2:51AM — Another equally-large fight erupting outside of Taco Bell. One victim, believed to have a broken nose, is taken to Masonic.

3:10AM — Hey! This lady in the 500 block of Surf called about 9 hours ago to report that her apartment’s been burglarized. Can you head over there and take a report?

3:23AM — Over on Southport, Dennis reports that his roommate beat him up in his sleep. The roommate is no longer on-scene.

5:05AM — Man beaten badly, lying in the middle of the street outside of Smart Bar, 3730 Clark. EMS transports the man to Illinois Masonic, where he refuses to file a police report.

11:16AM — Walgreens, 714 Diversey, reports a person passed out in their bathroom. Officer arrives and reports, “You’re not going to believe this, but this is a leftover from yesterday’s festivities.” Ambulance transports the individual to Masonic.

12:45PM — Illinois Masonic calls police. A patient just arrived in the E/R after getting beat up on Clark Street last night between 6PM and 7PM. The victim wants a report.