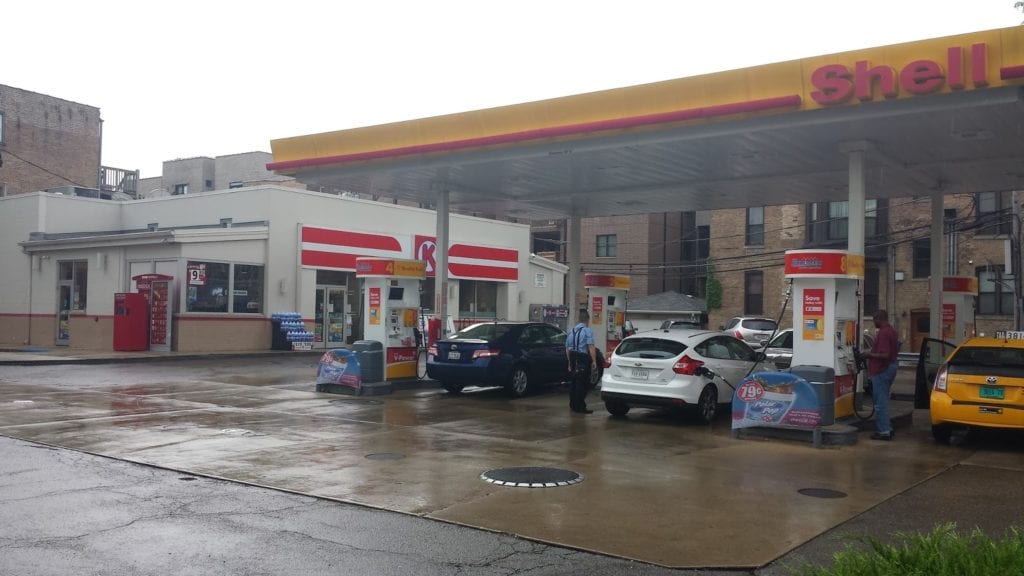 UPDATE MAY 31: Video of the incident’s early moments has emerged.
——————————
Strange things were definitely afoot at the Boystown Circle K this morning as police happened upon the store as it was being looted by an estimated 100 people.

At least one person was injured in the 3:55AM raid, which broke up when offenders saw that cops had arrived.

But the damage had already been done at the store, which is located on the corner of Halsted and Addison—just a half-block from the 19th district police headquarters.

Employees were working hard to restock the store’s shelves when we visited at sunrise. The candy aisle appeared to be particularly hard hit, with huge boxes of Butterfingers, Starburst, and other sweets stripped bare. Racks of beef jerky and bagged snacks had been reduced to barren pegboard.

At the cash register, a cab driver who had been caught up in the mayhem begged the cashier to provide surveillance video of the raid.

Outside, we talked to another taxi driver who said he locked himself in his car as members of the mob swarmed his Yellow Cab.

“I thought they wanted to kill me,” said the cabbie who declined to give his name. “What has gotten into people?”