UPDATE MAY 18: Police have now issued an alert regarding the restaurant burglaries. It is posted at the end of this report.
——————-
At least 3 local sushi bars were forcibly entered and burglarized this weekend, according to police.

intruders who broke glass on the school’s front door to gain entrance.

A nighttime security guard discovered the break-in around 10:15PM Saturday and summoned police. Canine units were called in to search the sprawling complex at 2501 Addison for the offenders, but none was found. 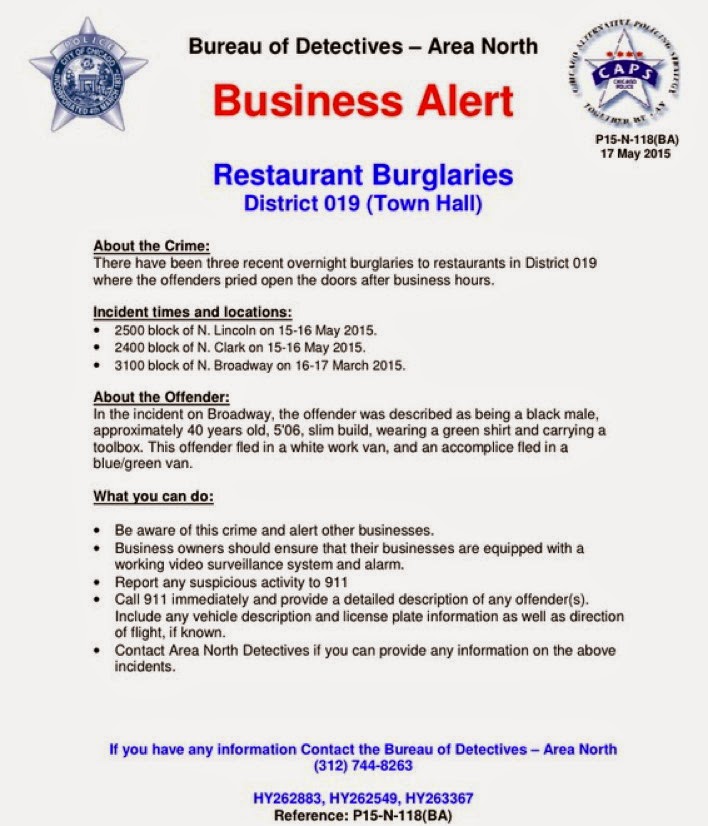 18-year-old killed a man because he thought the victim’s van was too noisy, prosecutors say

Justin Gamino was killed last week by a man who received just 2 years for his third felony gun case, according to prosecutors